Caroline Sylger Jones talks to world champion freediver, Kundalini yoga teacher and spiritual coach Sara Campbell, who runs Discover Your Depths retreats in Dahab, Egypt and lives and works there all year round.

It’s hard to imagine why anyone would want to freedive – to swim down deep into the ocean using only one breath, each stroke taking them further away from an oxygen source. But when I meet world champion freediver Sara Campbell, it is clear the sport offers her something very positive. She’s vibrant and personable, clearly fit and strong despite her slight 4ft 11inches frame, and, most surprisingly for a world champion, lacking a huge ego. I’m curious to learn more.

‘Freediving is extreme, but it’s the total opposite of every other competitive sport’, explains Campbell. ‘To excel at a 100 metre race or a competitive tennis match, you need to psyche yourself up and get the adrenalin pumping. But if I did that before a freedive, I’d kill my dive.’ Rather, the calmer and less stressed a freediver is, the better their dive – which, says Campbell, makes the sport ‘very holistic’.

It’s the holistic side of the sport that suits Campbell well. She has to be physically strong and flexible, able to breathe properly, have a highly developed awareness of her body, but also to manage her mind and stress levels. To ensure her blood doesn’t get too acidic – which would limit her body’s ability to absorb oxygen – she eats a highly nutritious diet which focuses on vegetables and pulses topped up with lean meat.

All of which means that, where intensive training in other sports often leads to injury and burn out, preparing for freediving has made Campbell a fitter, happier, healthier and more peaceful person – and continues to do so the older she gets.

Campbell was an unlikely world champion of the competitive sport when she was 36, where in more conventional fields such as tennis or football it’s usually those in their teens or early 20s who are the winners. ‘I took part in a study by a group of Italian doctors who wanted to explore why older people excel at freediving,’ says Campbell. ‘They found that a more mature mental development, greater self-belief and a better ability to control stress and set goals affects our sport’. 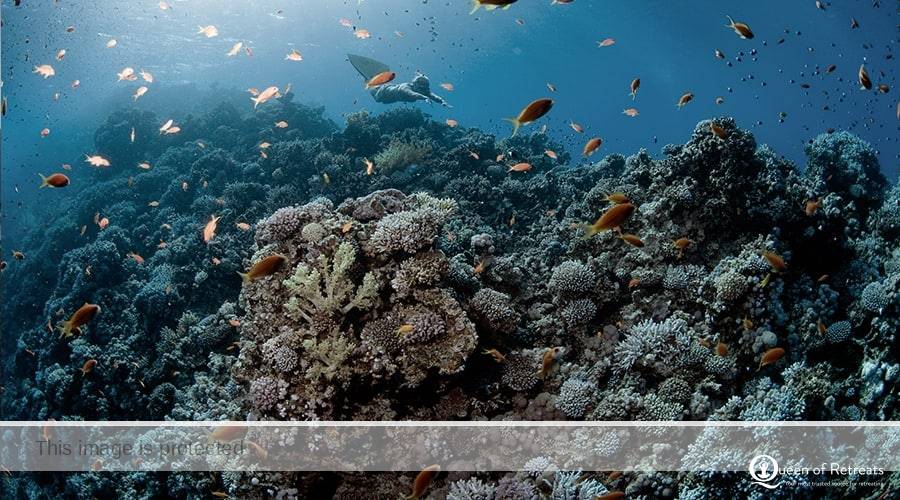 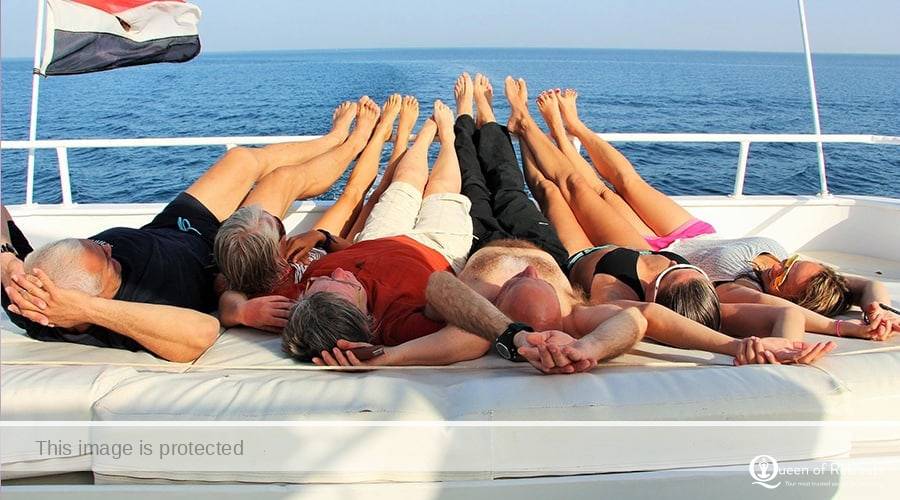 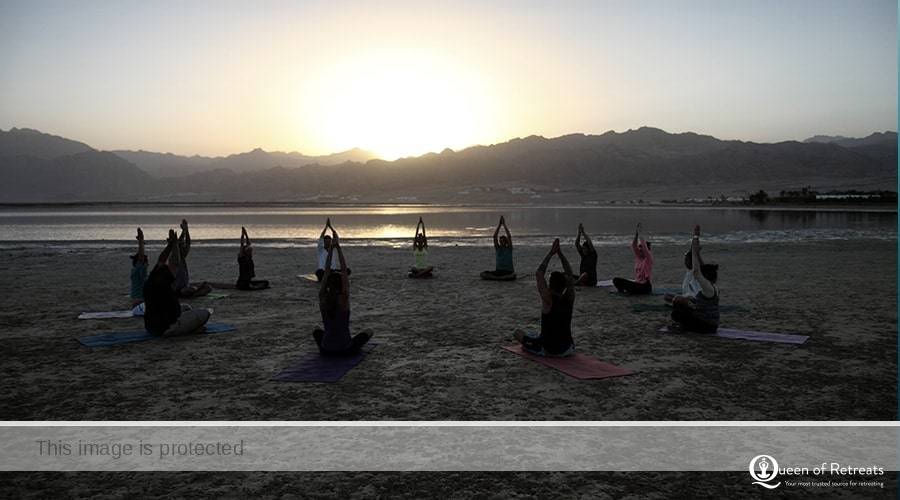 Campbell’s deepest world dive record to date is to a depth of 96 metres, with a personal best in training of 104m, but what makes her stand out from other world record holding freedivers is the speed with which she achieved not just one world record, but three out of the four she has held, all in under 48 hours and in her first year of diving. What’s her secret?

She does have a 25% greater lung capacity than the average woman of her age and size, but it is her passion for Kundalini yoga, she says, that helped her excel very early and continues to enhance her sport. ‘Most freedivers come to the sport first, then discover yoga to help them later, but I came to it by accident, as a direct result of my yoga.’

Campbell discovered yoga when she was stressed out and unhappy working as a PR in London and suffering from ulcerative colitis. Urged by an acupuncturist to try it, she took her first class on a holistic holiday in Greece and was so smitten that, a few years later, trained to teach it at the SKY School of Kundalini Yoga in the UK. ‘A while later, on another yoga holiday, I found Dahab. I was horse riding on the beach and felt like someone lifted the top of my head off and whispered, ‘you’re home’.

Not being afraid to act on instinct – and prompted by her increased unhappiness in London – she moved there permanently to teach yoga in 2005. Dahab is a centre for freediving, and one of her yoga students commented that her impressive capacity to hold her breath and love of swimming might make her ‘quite good’ at the sport. Her first reaction was – why would anyone want to do that? But when she gave it a go, she loved it. ‘It just made me feel so happy. If I was feeling rubbish I could just jump in to the water and would always emerge feeling great. There are no distractions deep down in the ocean – even more so than meditating in a yoga room, it’s total silence.’

‘Like most people I still try to over-control aspects of my life, but my freediving is one area where I’ve managed to completely let go, and I feel a much more peaceful person because of it’

‘Quite good’ turned out to be something of an understatement. When Campbell started free diving she increased her depths at a rate of 10 metres per month – faster than anyone has ever been known to progress. She dived to 104m in 2011, which stood as an unofficial world record, the deepest self-propelled dive by a woman, until it was matched by 25 year old Alessia Zecchini in June 2017.

Sara’s Kundalini yoga practice is crucial in meeting this challenge. ‘It’s given me a deep understanding of my body – what deep muscles lie where, and how to engage and relax them when necessary’, she explains. The bhandas, or internal muscular locks used in yoga, help her equalize as she descends in the ocean; the asanas – or physical postures – give her body the flexibility it needs to adapt to the pressure of the ocean at depth, while through pranayama (or breathwork) she’s developed expert breath control.

The psychological aspects of yoga are no less important to her sport, especially the ability to focus through meditation. ‘Many divers are held back from reaching their potential through fear of depth or lack of confidence in themselves, so during a freedive it’s essential to block out any distracting or negative thoughts’. She has learned, she says, the power of the ‘neutral mind’: holding a neutral space which is neither positive (which causes excitement, increased heartrate and increased oxygen consumption) or negative (which causes panic, increased heartrate and increased oxygen consumption) – all of which can result in a failed dive (or black out).

Also key, she says, are ‘learning to trust and surrender’ – something you don’t hear many other competitive sports people discussing. ‘In yoga we talk a lot about detachment and moving away from the ego, and having trust in a greater power’. Campbell explains that the ‘higher power’ in diving is nature – in the form of the mammalian dive reflex. ‘This is a natural reflex so deep that we don’t believe we have it – until we allow it to happen. I’m just another part of nature, and when it comes to diving, I’m no cleverer than a fish – I can’t dive with my ego or my intellect. Those freedivers who do, ultimately don’t progress.’ 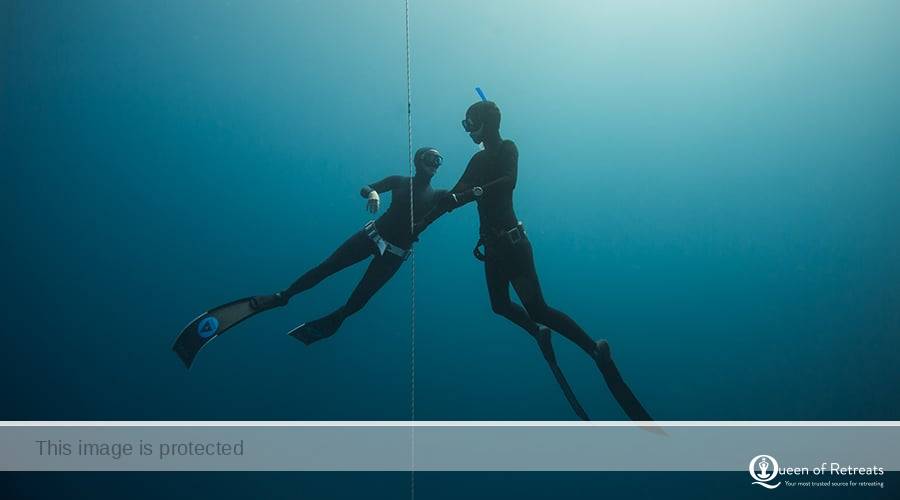 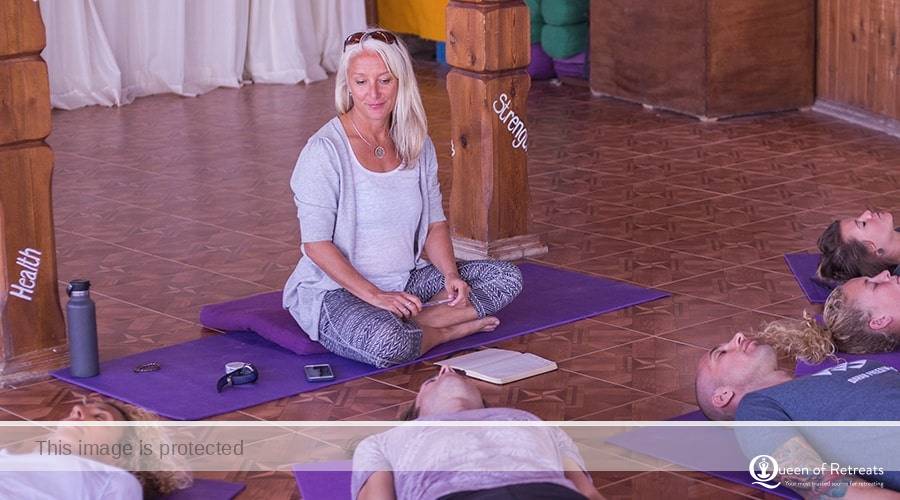 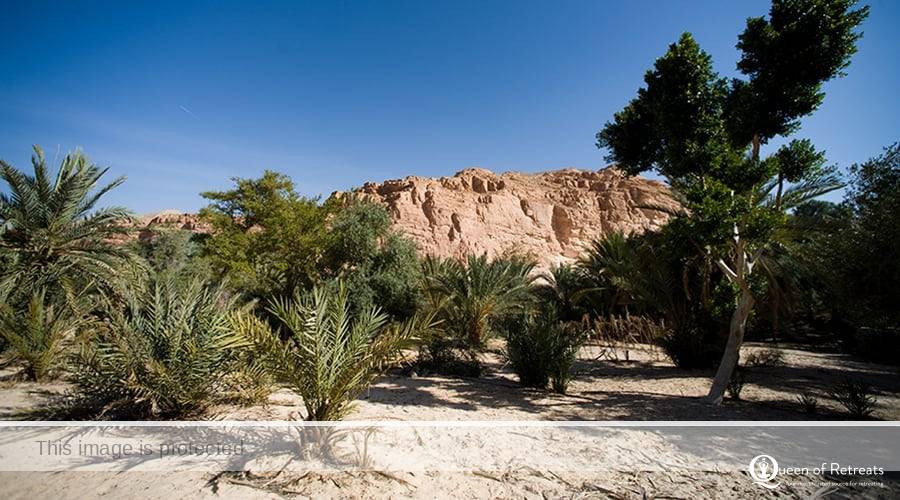 Such attention to meditation and surrender enables Campbell to tap more regularly into her parasympathetic nervous system – the mellow, relaxed side of us that we should ideally be running on 80% of the time where in reality, we mostly use our sympathetic nervous system, the ‘fight or flight’ responses to life we draw on when we’re stressed. ‘Like most people I still try to over-control aspects of my life, but my freediving is one area where I’ve managed to completely let go, and I feel a much more peaceful person because of it’.

Peaceful she may be, but what’s refreshing about Campbell is that despite her obvious talent her feet remain firmly on the ground. ‘My stress management also involves going out once a week for food and a beer with my girlfriends – it’s important not to get too navel-gazy about the whole thing.’

Since this interview, I have tried Sara’s Kundalini yoga classes at workshops in London, and loved her simple, clear teaching and dynamic style. As for Dahab, I did my first yoga holiday there – it’s a relaxed, friendly beachside town with little shops & restaurants that’s very near the solitude of the glorious Sinai desert. I’d urge you to go.

Sara Campbell runs Discover Your Depths retreats in Dahab, Egypt, which are transformative desert and ocean retreats that integrate coaching, yoga, meditation and freediving and can be booked on a private or group basis. Read our full report, read Sara Campbell’s feature On Prana and Pranayama, or find out more about Kundalini yoga.