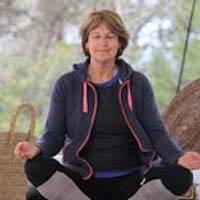 It was not auspicious at first. I arrived at night after a stressful journey which had made my back ache and I longed only to be back at home in my own bed. That was before I became acquainted with possibly the most comfortable bed it has been my pleasure to sleep in – so much so that I only met my fellow guests and Rosa herself half way through the morning yoga class. 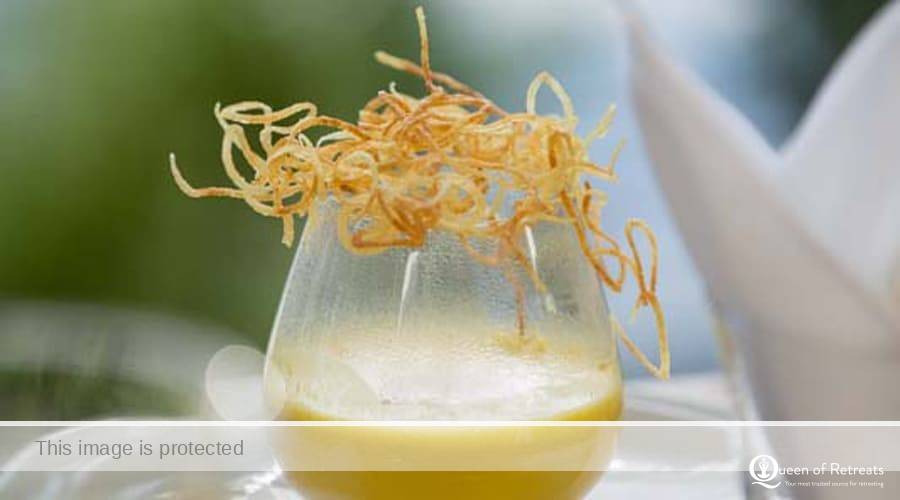 But, the yoga shala was inviting, warmed by the morning sun, scented by the surrounding pines and lavender, and the yoga was pleasingly gentle yet invigorating at the same time. Another first in the pleasure stakes was the blissful bowl of gourmet porridge I ate immediately afterwards (so far removed from instant oats) and then a walk through the woods getting to know the lovely Rosa – a strikingly tall and willowy Austrian in her fifties who has that air of serenity around her reserved for very good people leading very good lives.

‘You cannot help being captivated by the little paradise Rosa has set up here single-handedly. The whole place feels as if it has been set up for you alone’

Her story is inspiring. She had been in fashion and design magazine production, living in Majorca with her three small children, when she was knocked over by a speeding car that didn’t stop. She sustained massive injuries to her chest, spine and head and lay in a coma in hospital for a long time. To cut a long and fascinating story short, she healed herself through yoga and meditation, went to an ashram in India with her daughter, and worked with her Indian Master Mahendra from Gayatri Dham Ashram where she trained as a teacher and was also initiated into the spiritual science of Kriya Yoga. She felt as though she had been given an invaluable gift, which she wanted to share – hence Yoga Rosa. 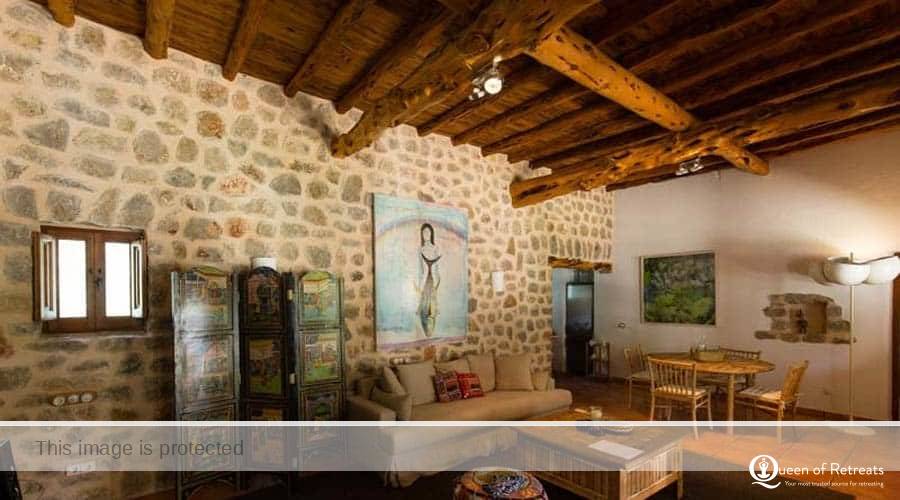 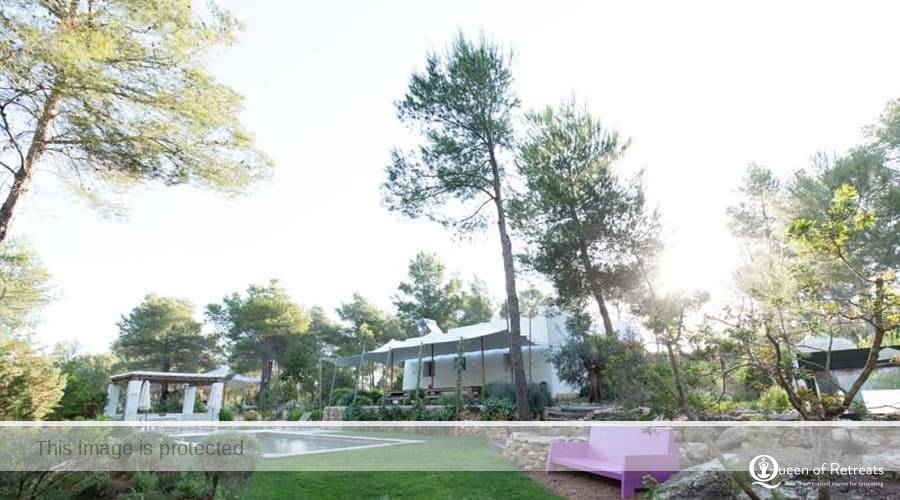 You cannot help being captivated by the little paradise she has set up single-handedly. The whole place feels as if it has been set up for you alone. It usually takes me at least three days to settle in somewhere new but on day one I felt myself relaxing into the peaceful rhythm and healing atmosphere of the retreat, and this was before I met Rosa’s wonderful menagerie of largely rescue animals and birds. As an animal lover, I was delighted to hear Rosa say how incredibly therapeutic animal energy is (something that those who care for the sick and elderly will tell you too). What joy to actually stroke a chicken who answers to its name, tickle a pet pig until it squeals with delight, and watch Rosa’s four rescue dogs chase each other around in the grounds. And what could be nicer to meditate in the early evening sun drinking in the sounds and smells of nature accompanied by the quacking of Rosa’s ducks splashing in their pond?

Guests often come here to recover from the negative effects of a hectic life. People, like me, arrive looking strained and anxious, clutching their phones and asking for the wifi code. Being able to let go and relax is a skill that we seem to have lost along the way. But being in nature, living the simple unhurried life, being sustained by proper nutritious and delicious food lovingly prepared, and giving ourselves a total break from our everyday lives is really important for both mental and physical health. This is the place to try it.