Harmonising in nature with Wild Voice Adventures in Gloucestershire, England 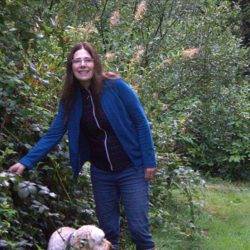 I’ve always loved singing. As a child, I accompanied my dad on guitar at home, and I joined an acapella group, for a while. But that was all years ago. So, when I heard about a singing retreat in South Warwickshire, held over my birthday weekend, it seemed the perfect gift to myself.

Dragging an overstuffed trolley dolly (with ‘a blanket for the campfire, yoga mat and clothes for all weathers’) up a sycamore-lined drive to an impressive Queen Anne country house, I felt like a guest arriving at a house party. I was instantly at home in the ‘Dr Watson’ room, with its old-fashioned dressing table, family books, photos and mementos and a separate large, light-filled bathroom, with tendrils of wisteria creeping in through the open window.

‘We want you to be in the moment this weekend,’ said Jess, Wild Voice Adventures’ co-founder and a talented performer and experienced choir leader, as we gathered on period chairs under a skylight in the characterful great hall. It didn’t take long. After ten minutes of voice exercises, we were in blindfolds to help tune into the sound of her beautiful, clear voice singing ‘I am weary, let me rest’ – which echoed that Friday night feeling. She divided us into sopranos, altos (me) and tenors, and soon had us singing different parts in harmony.

‘We have heard ‘I can’t sing’ many times, but generally, it’s not true,’ says Jess. ‘Singing in a choir is about the blend of voices, and that includes yours.’

There was laughter and an easy, friendly camaraderie over drinks and dinner that evening, with hearty home-cooked fare from Jess’ mum, eaten on communal tables in a giant open-sided tipi at neighboring Talton Lodge, where some retreaters were glamping, nestled among the fruit trees.

Whereas the previous retreat had mainly attracted singles, most of my fellow retreaters were mature women traveling as friends from rock choirs around the country – the furthest, from Edinburgh and from all walks of life, from an interior designer to a hairdresser. Jess had used acapella exercises on the lawn to help unite the last group as a choir, but, with experienced choir members, ours gelled quickly. 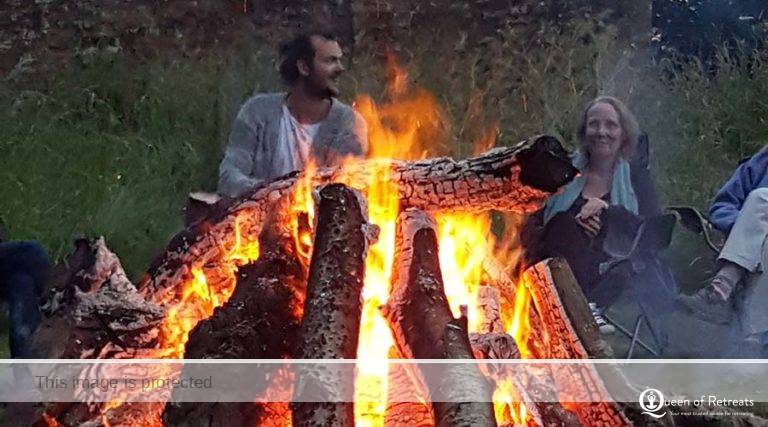 After dinner, Jess introduced Vincent (or ‘Starry, Starry Night’) as one of three songs we would be practicing, using her original arrangement, during the weekend. As we listened to a recording, I don’t think I was alone in feeling a lump in my throat. The songs on retreat are chosen carefully, and supposed to be meaningful. This one, was so powerful, it had to be practiced in small doses.

‘We want people to have fun and enjoy themselves, but singing with other people, is very emotive’ says Jess. ‘Not only are many songs about pain, love or death, but our throat area is about expression, and therefore very powerful.’ If something comes up, the group usually hug it out, and Scott is on hand to ask how people are feeling.

The gentle yoga session on the lawn in the early morning sun with Ali, was a positive way to start my birthday. Blending yoga therapy techniques with stretching the intercostal muscles and expanding our lung space, she opened us up to both ourselves and the singing.

Singing Homebound in a beautiful folksy voice, while strumming his guitar, we were captivated by Rick Franssens, a visiting musician from The Netherlands, here to teach us his own composition. His free-flowing style and unconventional barbershop-style shuu-bab…shubai bai’s underneath the melody, offered a contrasting singing experience. And as a lifelong traveller, singing lyrics about travelling the world, to realise that home is within us, made tears threaten to fall.

‘Don’t rush to the next phrase,’ Jess had said, while teaching us singing. ‘A pause, makes the music more powerful.’ While most retreaters did the archery session (with much hilarity) on Saturday afternoon, I felt the need to sit on a bench at Talton House, gazing over fields of sheep, and breathing deep lungfuls of country air.

The retreat soon took on a rhythm, with singing led by Jess and Rick at the centre – gaps to chat, eat and rest, and a few other activities thrown in.

‘Our choirs are a communion, a place for harmony, support and an opportunity for people to let go,’ Jess had told me. Looking up from our song sheets at each other, barriers seemed to melt away, and as our voices rose together in harmony, I felt pure joy at the heavenly sound.

As we gained confidence in a song, we took it outside. Feeling exposed without accompaniment brought us closer, as we needed to rely on each other. As we stood singing our hearts out in concentric harmony circles on the croquet lawn surrounded by trees and sheep (one running away baaing in response to our singing – a comedy moment), I found myself smiling – this was fun.

Later, Rick got us to move and feel Homebound’s rhythm in our bodies, first singing it rapper-style, then with a lilt and a sway, to get the right balance.
Sitting around the campfire, toasting marshmallows as the sky turned pink, with Rick strumming guitar and Jess singing, I felt content.

The mood was joyous on Sunday morning, which began with a Tai Chi session on the lawn. I had tried Tai Chi before, and with the teacher breaking its complex sequences down into smaller movements, had found it rather dull. Not so with Judith, who confidently got us performing The Flying Crane, Repel the Monkey and Pouncing Tiger, so we experienced the quiet power of this practice.
Jess introduced The Seal Lullaby, our third song, and although I’m not sure I ever got those final oohs, as we sang on a wooden bridge overlooking a pond of waterlilies, I couldn’t think of anywhere I’d rather be.

After our final lunch together, Wild Voice’s caring and sensitive co-founder Scott’s mindfulness walk through the woods in ‘sacred silence’ to just ‘be’ in nature and appreciate the beauty around us, was restful for me after so much sound, but proved potent for those who had never tried meditation. ‘Do you feel that stillness and silence?’ said Scott, as we stood in a glade in the woods. ‘That’s what it’s like to be a tree.’

As we stood singing our hearts out at the final practice on Sunday, inexplicable tears were rolling as the words and harmonies literally ‘struck a chord’. 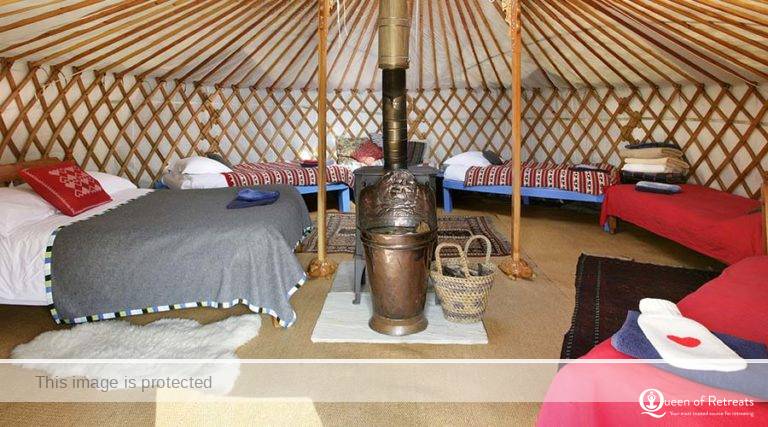 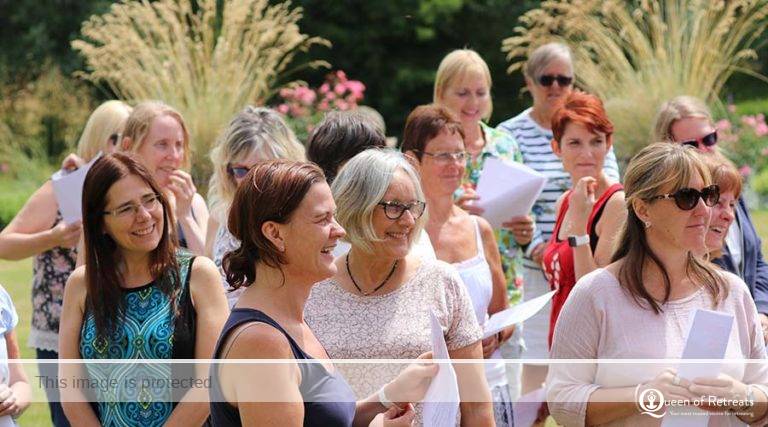 This was a professionally run retreat, in a great venue with outstanding teaching, and I felt a sense of achievement as we recorded the songs as a keepsake of our singing journey. Many people who come on these singing retreats are inspired to join a choir if they’re not already in one. I would have liked a bit more ‘wild adventure’ in the voice work – with more space to process emotions, more acapella and more exposure – singing solo lines with personalised feedback, perhaps. But there may be more space for this on a longer retreat, or perhaps with a smaller group.

I was glad I’d stayed an extra night. Laying in sivasana on my yoga mat between the two acacia trees on the lawn the next morning, looking up at the delicate leaves against a blue sky, I felt centered and energised. Wild Voice’s singing retreat was an uplifting and unforgettable way to spend my birthday. It helped me to reboot healthy practices, and I’m now rolling out my yoga mat in the morning, after a long absence, and weeks later, I’m still singing the songs around the house. As William James, psychologist and philosopher, says: ‘I don’t sing because I’m happy; I’m happy because I sing.’