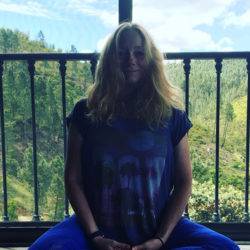 Vale de Moses offers a true opportunity to step outside daily life, to rest, to muse, to take stock. Nothing is obligatory. Many places say that but you get the sneaking suspicion they don’t really mean it – that eyebrows are raised if you skip a yoga class or duck out of a talk. Here the invitation is totally sincere. ‘Some people don’t do anything,’ insists co-owner Andrew. ‘They spend the whole week sleeping. You won’t be judged if you need to be antisocial.’

It’s sorely tempting to do just that. I arrived at Vale de Moses feeling more than a little broken. A variety of injuries plus a hacking cough had left me feeling uneasy in my bones. Then, of course, there was my insomnia – the bane of my life for 20 years. Could this retreat – combining yoga with seminars from sleep expert Dr Nerina – be the magic bullet? 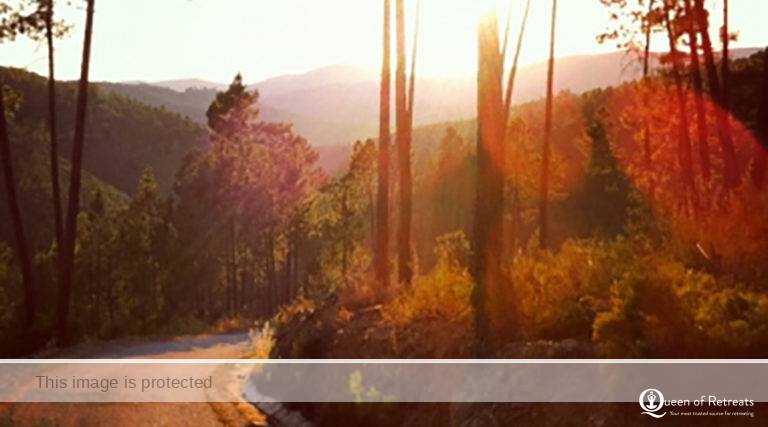 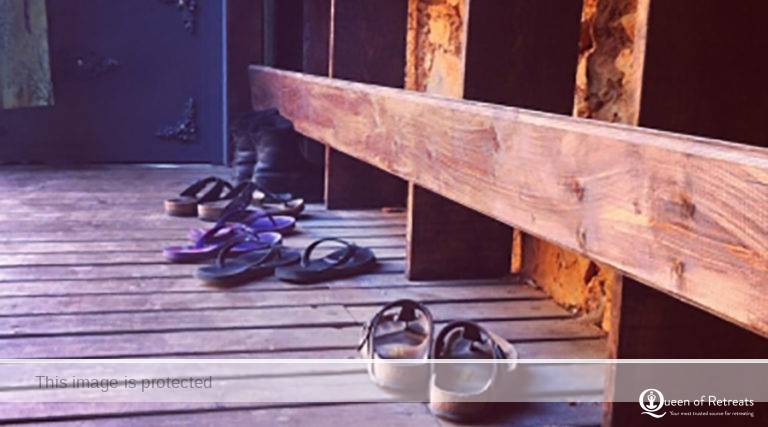 Co-owner Vonetta was our yoga teacher. Given her background in ashtanga and dynamic yoga, I was worried I’d be left in a puddle on the mat. But no. She taught with a delicious blend of calm, humour and kindness. ‘Nobody gets left behind in my class,’ she said, and I felt my heart crack open at the compassion in her voice. We were a motley crew – several shala adepts, a fair few walking wounded and a couple of absolute beginners – yet Vonetta conducted us like an orchestra. There was space to be a pretzel, to spin through flows if you wanted. Yet she also coaxed us less gymnastic souls through a range of variations, including the softest form of sun salute I’ve ever encountered. If even that proved too much you could roll yourself into a blanket and rest in sivasana, or even pop out for a breather and a cup of tea.

Sleep expert Dr Nerina brought the same delicious blend of compassionate enquiry to her sleep seminars. She wears her knowledge lightly, making a complex subject entertaining and sometimes downright hilarious. Her advice was down-to-earth and practical, all aimed at shifting the nervous system into ease, allowing it to step down from high alert. Some of her advice was familiar (keeping phones out of bedrooms, eschewing caffeine after breakfast etc.) but she also guided us through some more unusual yoga, qigong and mindfulness moves to convince mind and body that it’s safe to plunge into sleep.

‘I reckon Vale de Moses is so supremely relaxing because it is Vonetta and Andrew’s home. It’s the place they rescued from the rubble and painstakingly brought back to life; the place they raised their family. They are big-hearted, sociable people and when you come here you feel more like a friend than a guest’

A bodywork session is included in each retreat. As I explained my woes to Didier, he gently shook his head. ‘You are not broken, my dear,’ he said. ‘You just need to give your body kindness.’ I had to push down my tears, snuffling quietly as I stretched out on the couch. I’m super-fussy about bodywork but Didier leapfrogged straight into my top three of brilliant therapists. Using a blend of shiatsu, myofascial release, Thai and Ayurvedic massage, plus shamanic healing, it felt as if he were holding a conversation with my body, coaxing it out of its habitual pain pattern. My session ended with acupuncture for my troubled shoulder and I stumbled off to my bedroom in a decidedly altered state.

I curled up on my bed and very nearly missed lunch, which would have been criminal. Chef Raul is an ebullient Spaniard who cooks with passion, verve and yet also sensitivity. There was always masses of choice yet he still made sure those on special diets didn’t miss out on any treats. Creating a small dish of specially prepared gluten-free tempura for me was thoughtful, kind and beyond the call of duty. 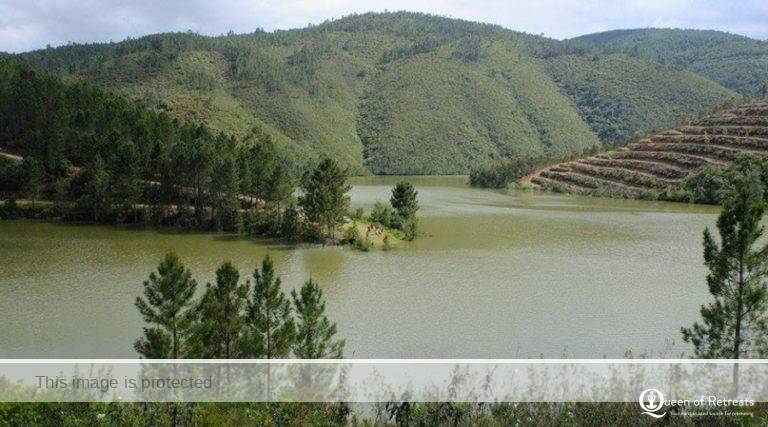 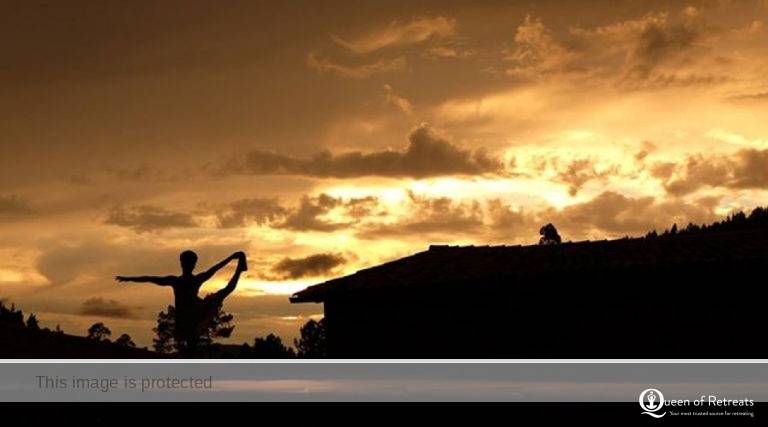 My week at Vale de Moses turned out to be exactly what I needed. Unusually for me, I resisted the urge to go on every walk, to pitch up to every class. I listened to my body and felt the start of some healthy habits around sleep forming. I even overslept one day – I can’t remember the last time that happened.
I reckon Vale de Moses is so supremely relaxing because it is Vonetta and Andrew’s home. It’s the place they rescued from the rubble and painstakingly brought back to life; the place they raised their family. They are big-hearted, sociable people and, when you come here you feel more like a friend than a guest.

My only sadness was that, the week I visited, the sun decided to play shy (very unusual for late spring). Enticing hammocks swung empty and the rivers and plunge pools were just a tad too chilly for a dip. Ah well, I’ll just have to go back, won’t I?