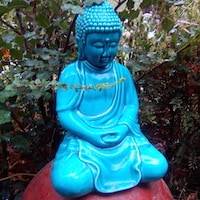 I arrived at Vale de Moses on a dark rainy October night after my car had broken down on route from the south of Portugal. I’d been working all summer and I was exhausted but determined to make it. As the taxi driver neared the valley, we called for help navigating the final steps. Co-owner Andrew’s reassuring voice on the end of the line was just what I needed to hear, and set the precedent for my whole experience. I was relieved to be in some else’s hands, and happily, they were very capable ones. I quickly felt safe enough to take a long exhale and allow myself to relax. ‘We do real’ is somewhat of a mantra here, and it was nice to take off my work hat, sit back until I was ready to join in the chatter and allow myself some real free time.
The next morning I woke up in the snug Moses cottage, willed myself out from under the thick warm bedcover and hopped across to the bathroom literally just a step away. Thank goodness the wood burner had been on and it too was nicely cosy. I was already smiling to myself at the gorgeousness of this rustic mountain retreat, and soon I was settling into the morning yoga class with warm and knowledgable Katherine Blom. Easy going in vibe yet challenging enough for someone who likes their practice, the two hours flew by in a carefully planned mix of asana, pranayama, meditation, and a few giggles. There was a good balance of working different body parts throughout the week, and both regular students and newbies on the retreat were getting what they needed from the sessions. 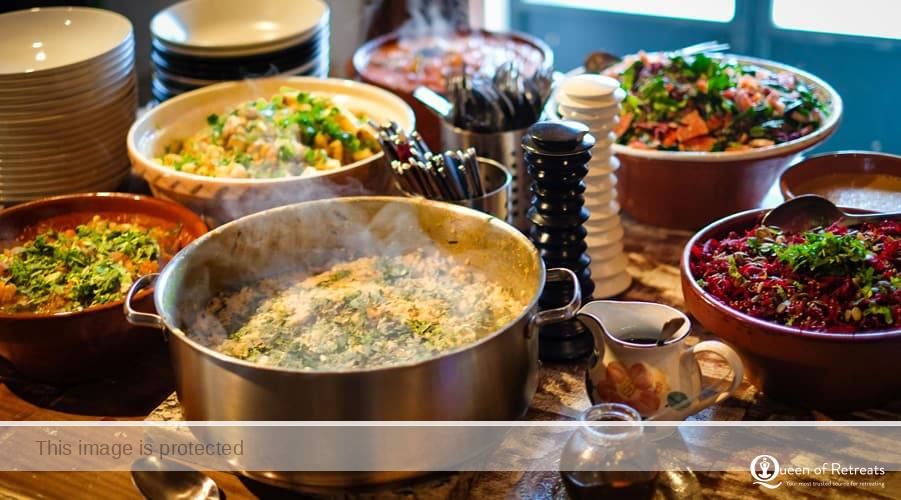 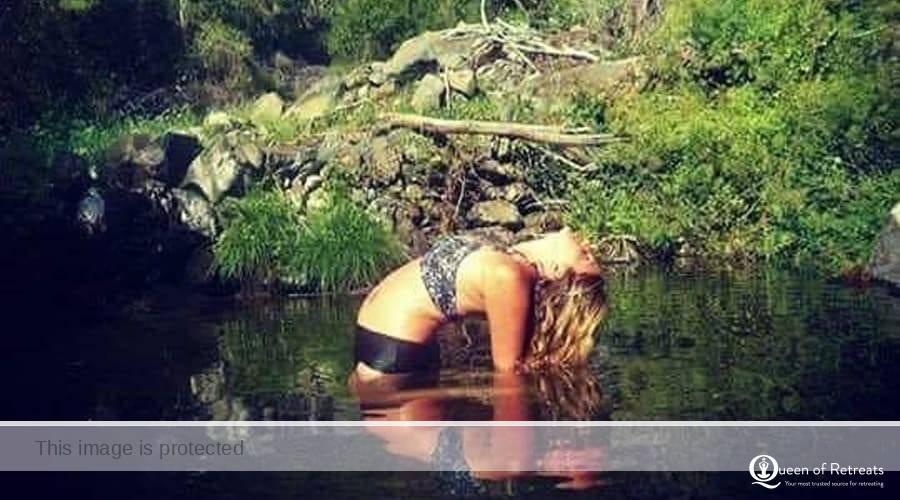 During my week there was lots of free time, which I varied between walking with the dogs, curling up on the old leather sofa in the lounge-cum-office in the main house and going through the bookshelf and getting to know the other guests over tea in the courtyard or sunbathing down by the stream. I fully admit that I also took advantage of my oh-so-inviting bed to catch up on some extra sleep (on a particularly rainy day). And that’s what’s nice about this place – you really are ‘invited’ to do as much or as little as you wish, without there being any feeling of you missing out on something else or that you really should be going to class.
I also went on a couple of meditation walks with co-owner Andrew, which take place daily at 8am just before yoga class at 830. We’d head out into the valley in silence and at some point stop to breathe in the view. One day we arrived at an old stone cottage where Andrew described how he had helped an elderly neighbour with his potato crop. Sharing some of his philosophy on mindfulness, and tying it into that experience, he bought context and meaning to the concept.

‘That’s what’s nice about this place – you really are invited to do as much or as little as you wish, without there being any feeling of you missing out on something’

One sunny afternoon I recall with real fondness. We went by car to the river Zêzere for a swim and mud bath. On our return we stopped at a tiny village to have a drink in the square, which we shared with the local senior citizens, who were all dressed for the cold in typical black. One of our group was an opera singer, and sang Ave Maria for them as we soaked up the autumn sun in our short sleeves. 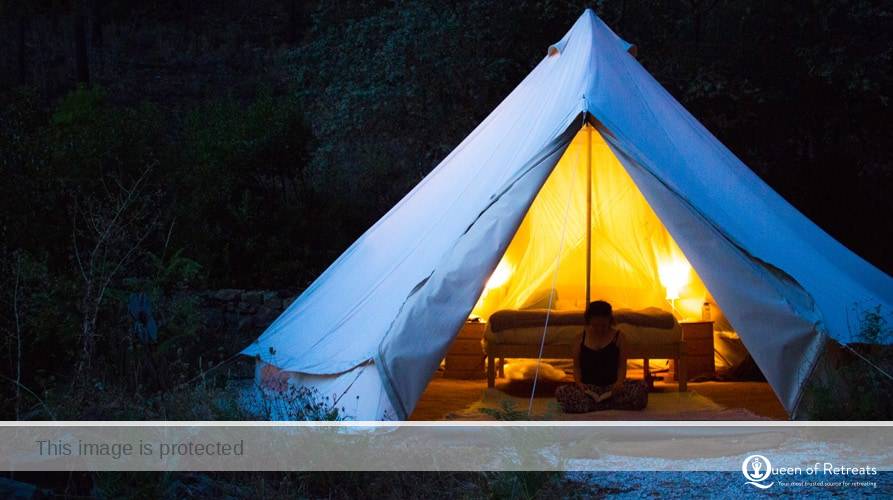 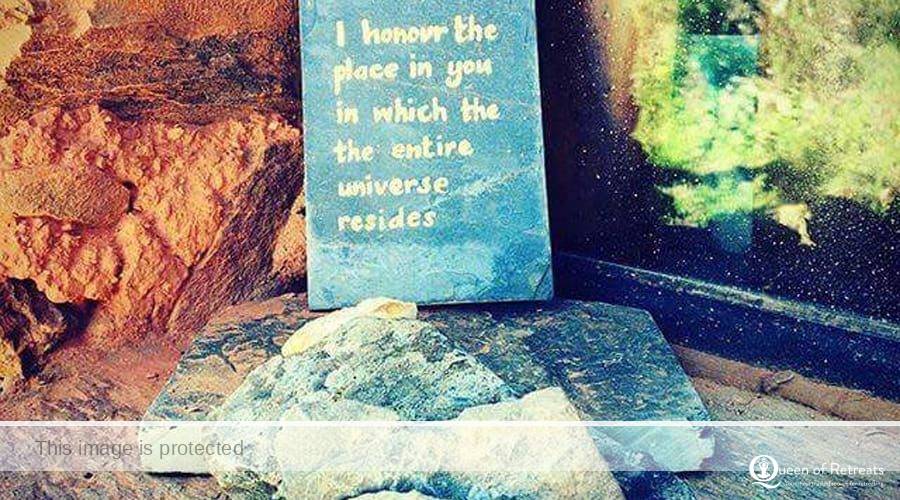 I couldn’t not mention Chef Raul and his creations. Mealtimes were buzzy, thanks to his enthusiasm and the energy of his lovingly prepared food. After morning yoga class there was breakfast, a yummy, healthy affair. My fave was the quinoa porridge with warm cinnamon apple, nuts and other sprinkles of goodness to pile on top. And the chai tea (served a couple of times, rather than every day) was especially appreciated for its mildly spicy, milky comfort factor. For lunch, at 2pm, most of the group would be eagerly hanging around outside the kitchen, looking like Bisto kids catching whiffs of the food being cooked inside. Once the door opened we’d be let in to see what was on the table; usually around eight dishes to share that were always colourful, tasty and super satisfying.
Taking the bus back to Lisbon the following Saturday, I was grateful for my retreat, not least because I felt like I’d refilled my cup with feel-good, family vibes at Vale de Moses. If you live abroad or travel a lot, you might relate to the feeling that you’d like to feel at home somewhere, even if it’s just for a week. And this is a place where you can easily do just that.