Learning to be still on a mindfulness retreat at Sharpham House, Devon 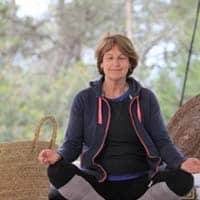 Carla McKay reviews a 3 day secular mindfulness retreat for beginners in a Palladian mansion above the River Dart and discovers beauty, stillness and a delightfully moreish orange cake

The beauty and peace of the estate at Sharpham and the generosity of spirit of the people who run it made my three day retreat here very special. Everything from the glorious formal gardens and the informal banks of primroses outside, to the worn rugs and well-thumbed books and pictures inside, drew me in and told me that here was a much-loved place in which caring people had lived and worked and done their best to make the world a better place. Inspirational is not too strong a word to describe the atmosphere. I could see why it attracts artists and poets – both Brian Patten and Alice Oswald have spent time here.

I was booked onto a secular mindfulness retreat for beginners, and even though I found meditating itself difficult and not immediately transformational, everything around me felt completely right – and that brought its own reward. There were three formal half hour sessions of meditation a day, which we were expected to attend, plus an optional half hour of yoga stretching before breakfast and yoga nidra or relaxation in the evening. 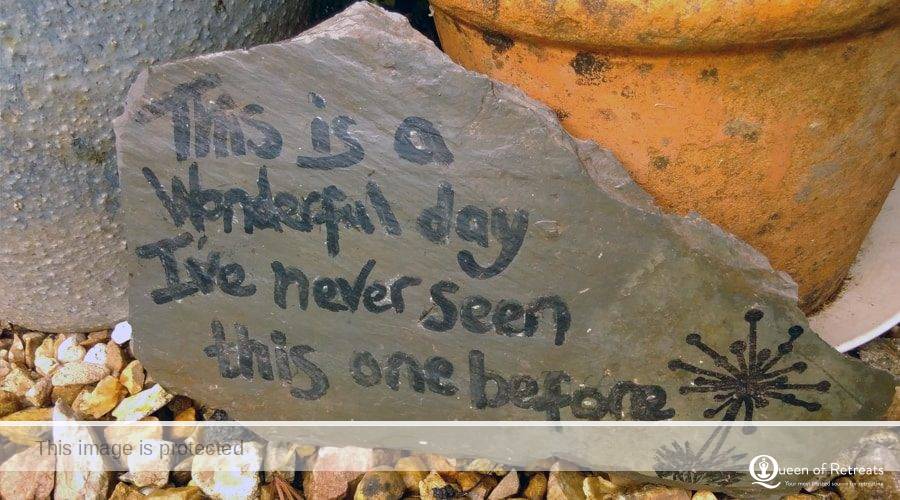 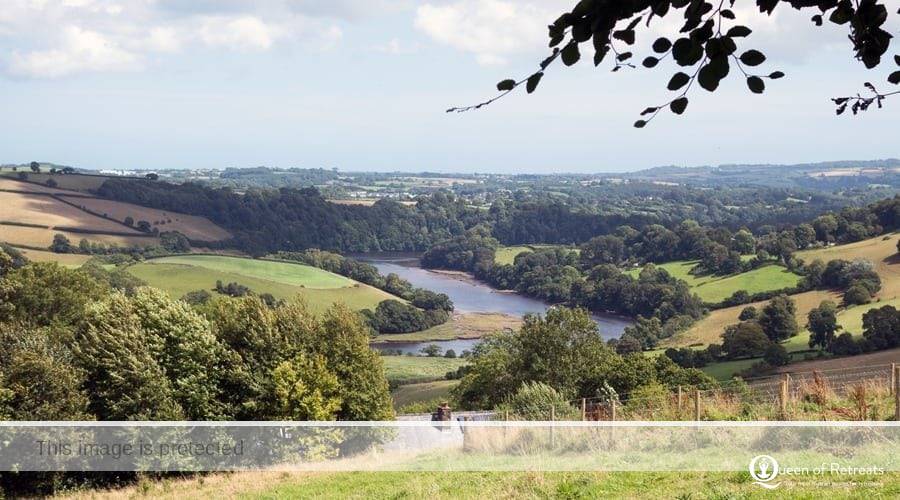 It’s true that I hadn’t had time to read the recommended books on the Sharpham website, but as a novice, I would have liked a bit more guidance at the start of the course, in the form of a talk about mindfulness – what it is, what it can do, how it works, and a bit about the science behind it. Instead, we rather plunged straight into actually doing it. Just as well we were in expert hands. Our facilitators included Mark Ovland, a particularly experienced teacher who does a lot of work in prisons and schools. He was very forthcoming and illuminating in the Q & A sessions, and a shining example of someone for whom mindfulness is a total way of life.

A charming custom of the house was the ringing of a handbell to wake everyone up, and at various times throughout the day to signal the beginning of a session. Members of the group volunteered for this duty and some found this a bit of a highlight. Chunks of time, including some meals, were conducted in silence, which I found disconcerting at first, especially at breakfast the first morning, when listening to strangers chew beside you rather than chatting seemed almost embarrassing, but we got used to it and finally embraced it.

‘One of the nicest things we did together was a silent hour-long walk in the sunshine along the river, just as the bluebells were coming out and the birds were at their most vocal’

I loved the whole experience of bonding with people I didn’t know and will probably never see again over a shared pursuit. There were 15 of us, mainly women, a few men, from lots of different professions. One of the nicest things we did together was a silent hour-long walk in the sunshine along the river just as the bluebells were coming out and the birds were at their most vocal.

Without exception, we all raved about the food. I was anxious about being wrenched from my breakfast ritual of porridge with various seed, yogurt and fruit mixtures but I needn’t have worried – everything was there.  I noticed crumpets were a popular choice with people less concerned about their waistlines! And nobody could get enough of the Boiled Orange Cake, made with whole oranges and almonds instead of flour so gluten-free and beyond fabulous. 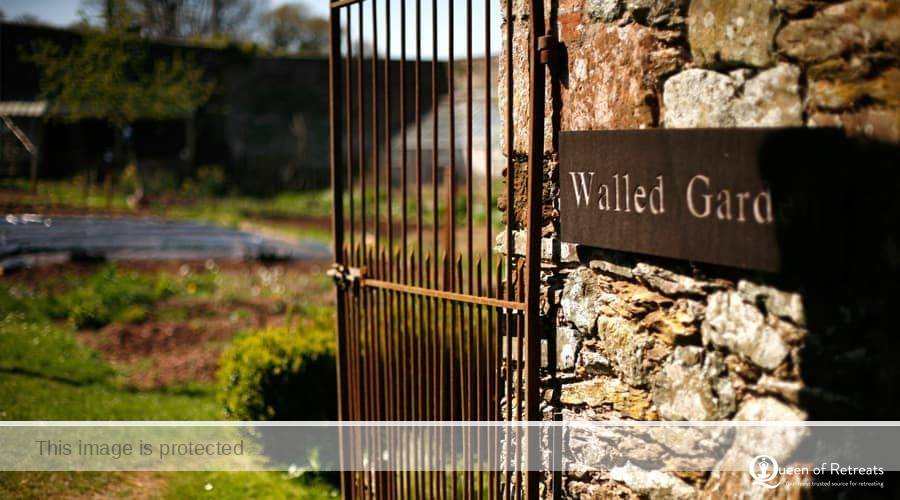 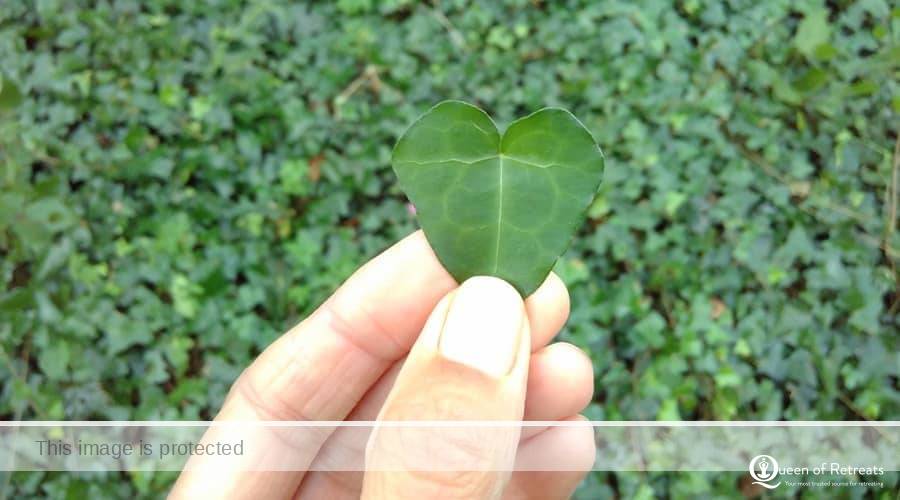 I was disappointed that the half hour sessions of yoga were little more than warm-up stretches, which was fine early in the morning, but I would have liked at least one proper 1-1.5 hour long yoga class scheduled in to the three day period. After all, yoga is meditation when done mindfully. That said, by the end of the retreat I had discovered that it is possible, even enjoyable – and certainly beneficial – to sit perfectly still for half an hour at a time listening only to my own breath.

I would certainly go back – perhaps to The Barn retreat on the Sharpham estate to practise my newly acquired though shaky mindfulness skills in daily tasks and rural activity.