Reviewing our soul at Svarga Loka 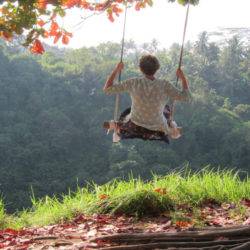 I arrived jangled from taxing Bali traffic. But passing through Svarga Loka’s ancient stone gateway into the multiple arms of a decorated banyan tree immediately signalled that I was in a restorative and  sacred place.

I wove steeply downhill on wooden boardwalks, past mossy shrines and mind boggling foliage, to finally push open a set of double doors. My entire marbled suite – with its huge sitting room, kitchen, bathroom, bedroom and private fishpond –  was open directly into a luscious canopy of exotic treetops. To be so comfortable and yet in intimate connection to jungle is in itself a luxury retreat.

Svarga Loka is deliberate about transforming peoples’ health. My initial consultation with British wellness director Nigel could have been a cross examination of my fitness and lifestyle, were it not conducted with remarkable emotional intelligence. I arrived a couple of days before the delivery of some high tech diagnostic thermometry equipment which detects subtle imbalances and pinpoints, explains, or even predicts many disorders, but no matter, I was feeling healthy and therefore chiefly wanted to energise, cleanse and reflect. 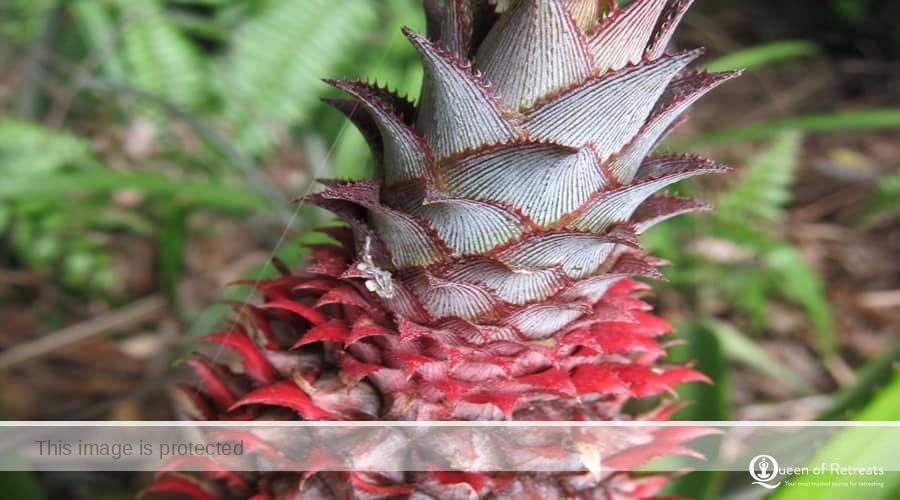 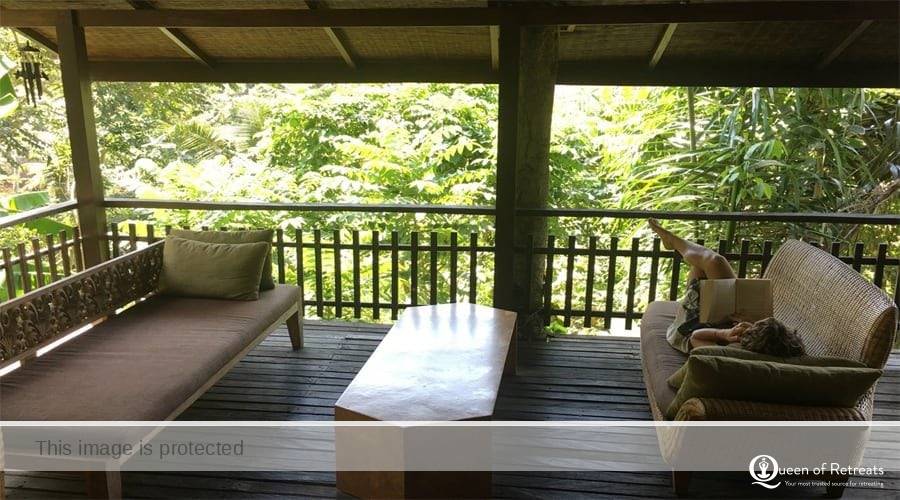 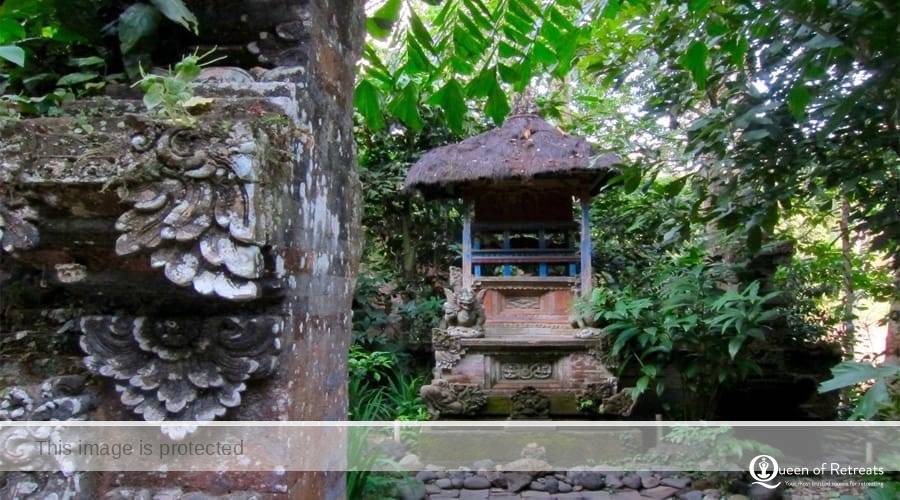 My individual programme included colonics, a juice-based detox diet, many massages, and some bitter herbs to drink. And Nigel had eagle ears: between the lines, he had picked up some uncomfortable patterns coming up in my relationship. He helped me see that this retreat was a great time to give attention to an underlying tension in my life, and prescribed a session with Savitri, wise Balinese woman, skilled in many forms of therapy and a life coach too.

Her ‘soul review’ was remarkable – we roamed through questions of purpose, faith, self love, handling failures, connection to inner being. This dialogue opened me up to the idea that I might use the support of my retreat to rebalance some old vulnerabilities showing up again in my life.  So though I didn’t fully understand her modalities of chakra balancing and reiki, her adjustments to my being, and the way she described them, went deep.

Though morning hatha yoga classes took one mechanically into asana only, in the evening they were kundalini sessions led by Savitri, who had a brilliant gift of transmitting the spiritual philosophy of yoga. Twice during her classes, I experienced energy vibrating through my body, and understood that life was expressing itself through me, rather than happening to me in those moments.  A bliss.

My daily juices were fiercely strong and fragrant – particularly Balinese Jamu. This marigold yellow concoction is loaded with root tumeric, ginger and lime and has been used for centuries to boost immunity, defend against clotting, dementia and cancer. I downed a litre a day, lost interest in the bland detox soups I was assigned in the restaurant, and felt fresh vigour spreading from each glassful.

I adored floating in the riverside pool, staring up at jungle and blue sky. I loved my spacious treetop suite, even though I giggled each time I used the warm-seated, rear-rinsing loo. But my heart often ached as I gazed through the flowering greenery. On the opposite bank, trees were being ripped out and the wild slopes levelled for development of a big rectangular hotel.

The brutality of these building works only served to highlight the genuine spiritual connection of Svarga Loka’s Jakartan owners to their land, and the miraculous fact that all 45 rooms were built without damaging a single tree.

I seldom encountered other guests. In the restaurant and at yoga I met some young couples using Svarga Loka like a hotel with spa; there was a self contained group of yoga teachers having a training, and a few very civilised Asians in their fifties. Mostly people kept to themselves. 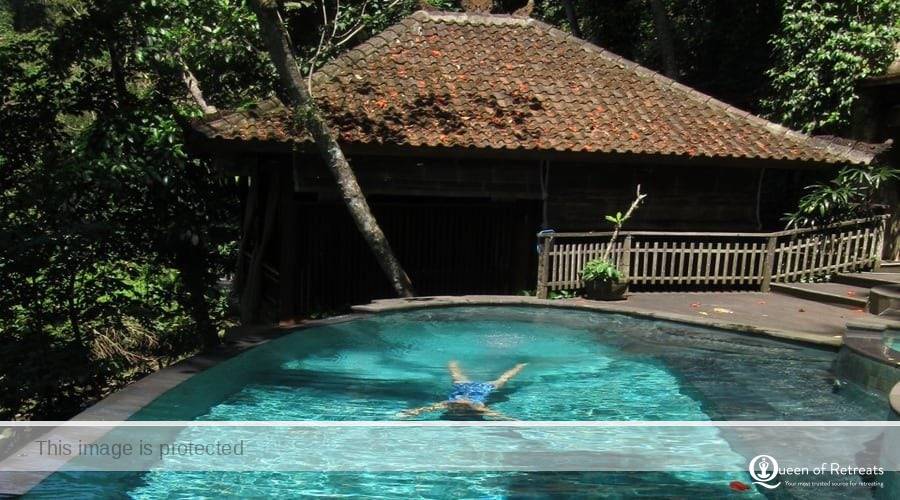 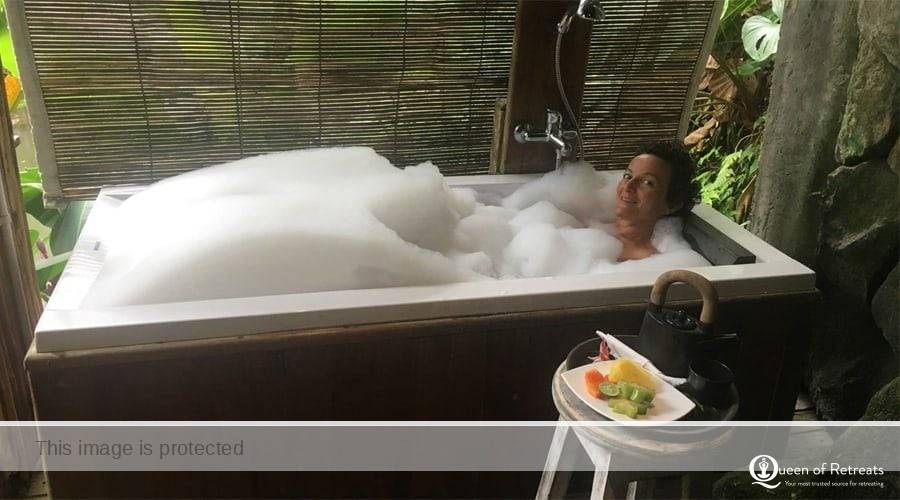 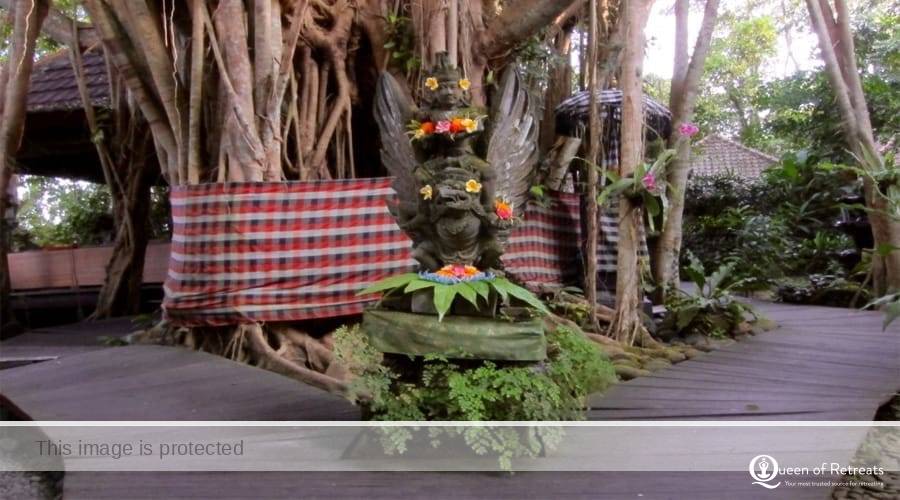 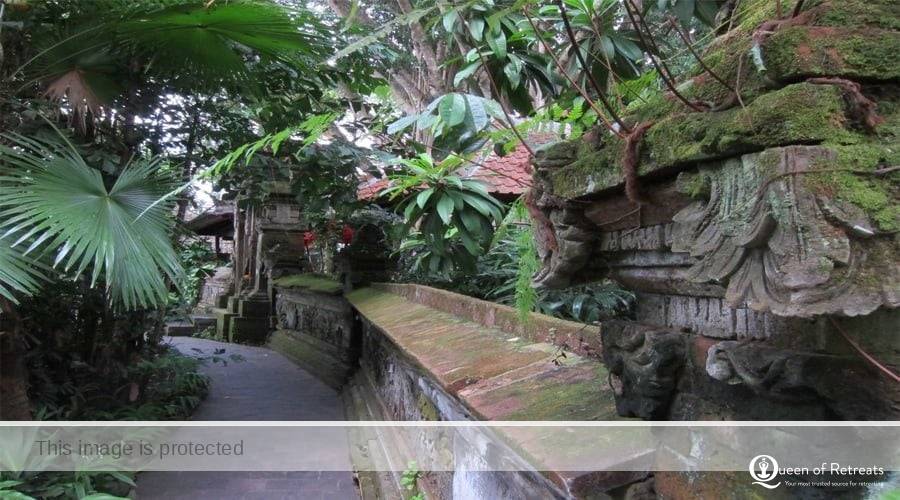 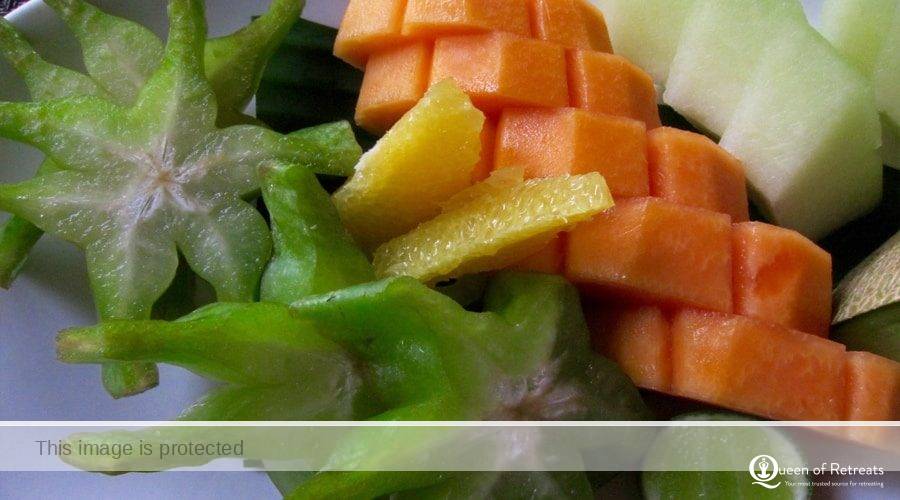 Stepping out of Svarga Loka into Ubud brought up similar tensions. I passed beautiful old shrines and luscious gorges, but soon found myself trapped in scooter fumes, crowds and selfie sticks. I averted my detoxing eyes from hip wholefood cafés, and focused on some exquisite independent design shops who have their manufacturing here (we-ar.it for fabulous eco-luxe yoga lounge wear, and jewellers galore). By the time I’d battled back through heat and crowds I was deeply grateful for the shade and authenticity of Svarga Loka.

My springwater colonics in Nigel’s expert hands were comfortable, and interestingly related to psychological letting go. And far from the elaborate machinery of the wellness clinic, my favourite part of each day was my massage. The first was deep and oily, followed by a hot soak; the second unwound my muscles and then flashed over my body with steaming hot herbal compress which caused every nerve to fire in surprise, and then surrender to supreme release. My last involved a dousing at the retreat’s sacred spring , a blessing ritual with flowers and incense, and then long hours of massage with freshly ground paste of aromatic herbs.

No wonder I came away feeling cleaner, lighter, clearer and nourished. I had been held in the forest by compassionate experts who really bother to shape their treatments to what was happening in my whole being. If I had an imbalance, addiction or ailment, I would trust this place to set me on a path to wholeness.