Writing and reconnecting on a Skyros holistic holiday in Greece 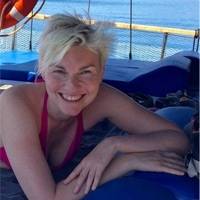 I was glad to reach my island retreat after a rather long journey – I’d flown to Athens for an overnight stay, then taken a 7-hour group transfer involving coaches and two ferries (I could have flown direct to Skyros from London Heathrow, changing at Athens, and will do that next time). Once I’d breathed an afternoon of island air and swum through a sunlit sea though, all my travel tiredness disappeared.

My stay on Skyros turned out to be an incredibly rich experience in a gorgeous environment that supported me on many levels – mind, body and soul. I stayed at The Skyros Centre, and took a creative writing course with The Writer’s Lab in my first week and a Life Choices course in my second. Courses took place for four days of the week, absorbing three hours of the morning, and once they started, making friends became easy. People really wanted to connect and chat and, interestingly, what I did for a living rarely came into it. Conversation was much more about what we thought or felt about things, and that in itself created a sense of freedom and the possibility of simply being myself. 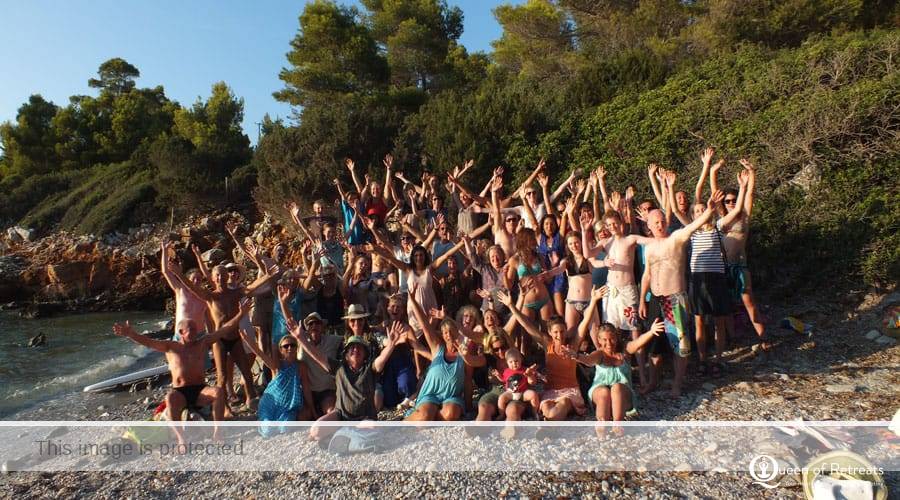 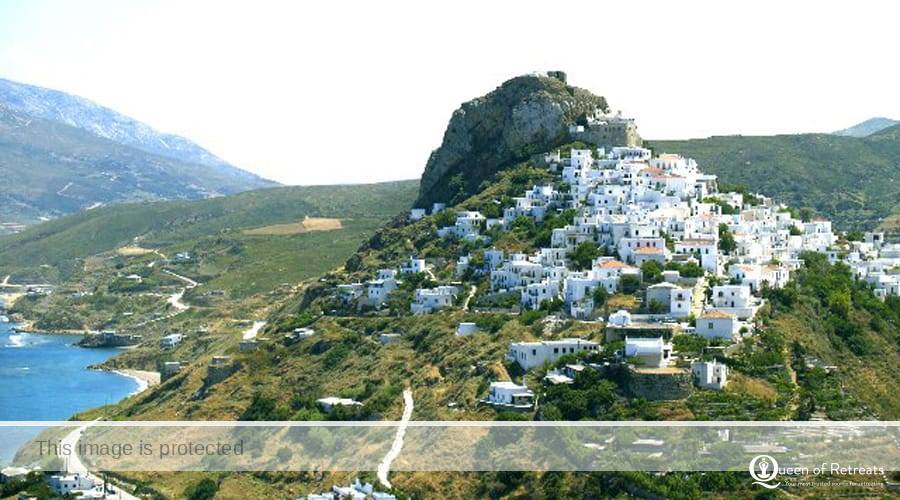 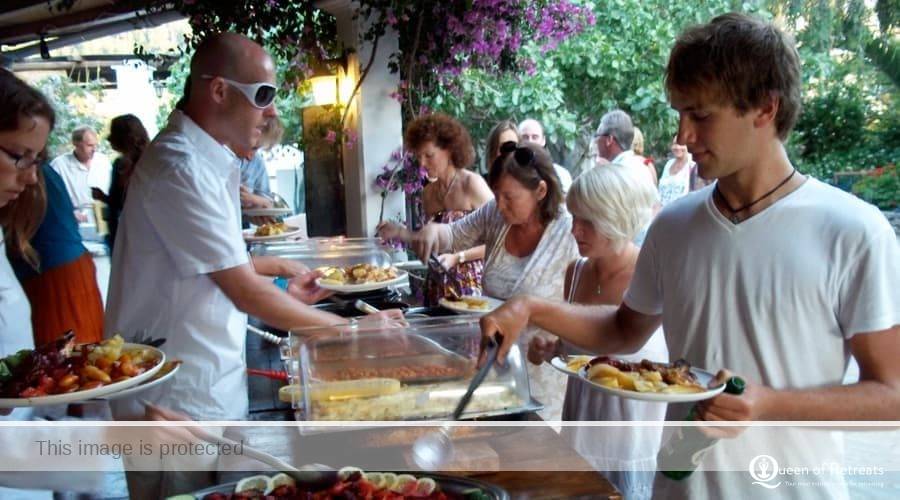 The creative writing course I took with about 12 others was blissful, full of quiet moments, scribbling away in shady corners of the garden. Some of us were published, others just beginning, but by the end of the week, everyone was producing astoundingly good stuff and there was a real sense of pride and achievement.

In the second week, I took a leap of faith and opted for Choose Life At Whatever Risk with Ari Badaines, who’s been a facilitator with Skyros since the early 1980s. I’d never been involved in such an intense, group sharing experience before and initially, the emotions and tears had me on the back foot – it was very unfamiliar territory. But I witnessed Ari’s skill in supporting everyone individually in the group and also the power of mutual support that we offered each other. I also learned that taking a risk, going out on a limb and doing something I’d never done before paid dividends! I learned loads about myself in these sessions.

‘Holidays are normally booked in two-week blocks and over that time I saw people changing dramatically – care-worn, tired faces suddenly seemed younger and eyes smiled and sparkled. It was magical’

Breakfast each morning was rounded up by ‘demos’, a Greek word meaning people’s assembly. During this informal meeting, we were given the plan for the day and had the chance to voice any concerns and worries or express appreciation if we wanted to. Skyros is all about community, and we were invited to volunteer for a few chores too – washing dishes, watering the garden, peeling potatoes. It was more of a 20-minute gesture than hard work and actually proved to be a great way to get to know people and, particularly at the start, was a real icebreaker.

If you’re up for a bit of soul-searching, Skyros is definitely a safe place to let go of any unwanted baggage and gain the kind of personal insights that, for me, really laid the foundations for a fresh start and a new perspective on life. Holidays are normally booked in two-week blocks and over that time I saw people changing dramatically – care-worn, tired faces suddenly seemed younger and eyes smiled and sparkled. It was magical. 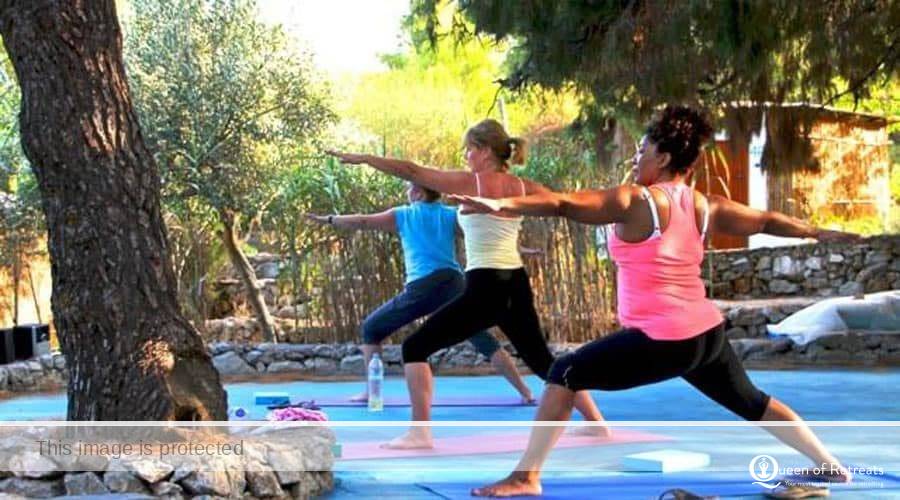 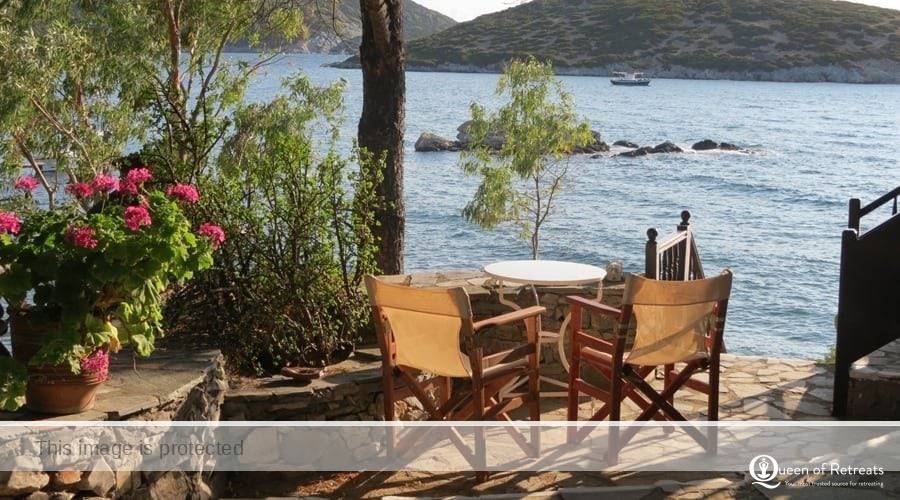 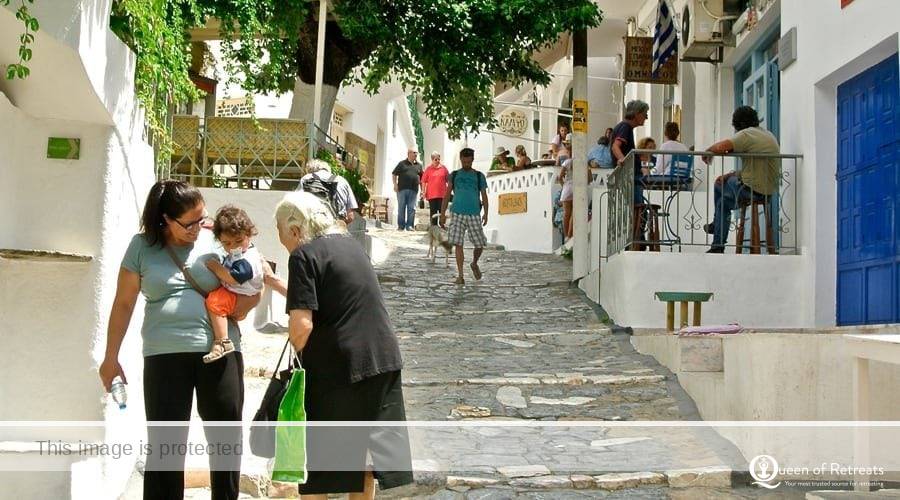 Skyros is also a place that inspires fun and playfulness. For several afternoons of the holiday, organized excursions took us on boat trips around the island, to nearby shops and over to Atsitsa. Lazy, late-night drinks and dinners in town helped strong connections form quickly and the courses encouraged us to relax, let down your guard and find areas of common ground with others. At the very least, the peaceful coastal setting, bougainvillea-lined streets and sunshine give your body the holiday it deserves.

By the end of the two weeks, I felt totally rejuvenated and also that I’d made the kind of friends I wanted to keep. It was during the final night cabaret where those new-found relationships really shone, along with the confidence that had sprung up from being in such a supportive environment. People spoke, sung or danced their own work or picked up a guitar and played the kind of songs everyone could sing along to – and, even better, the worse we were, the more genuine support and warmth we got from our audience!