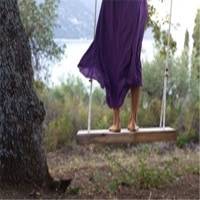 I arrived on Silver Island weary, both physically and mentally. I’d attend the sixth and final wedding of the year the day before coming on retreat, and boy was I ready to switch off and chill out.

The first thing to note about Silver Island is the quiet beauty of the place. Surrounded by the twinkling Aegean Sea, wherever you look there’s a vista worthy of a postcard. Just gazing out in any which direction over the azure water, I felt my shoulders start to drop and general sense of relaxation. There are many small things that make Silver Island an especially relaxing place, but something that really helped me find my calm was the lack of artificial light. I live in central London, and don’t really consider the constant hum of background noise –  whether it’s the quiet buzz of the street lamps or an aeroplane overhead – it’s just part of the big city package. Silver Island has solar lighting and is practically silent, with the exception of nature’s own music. And that did incredible things, in terms of allowing my head to rest. Very quickly, tension I had been holding onto started to uncoil, unwind and drift away. 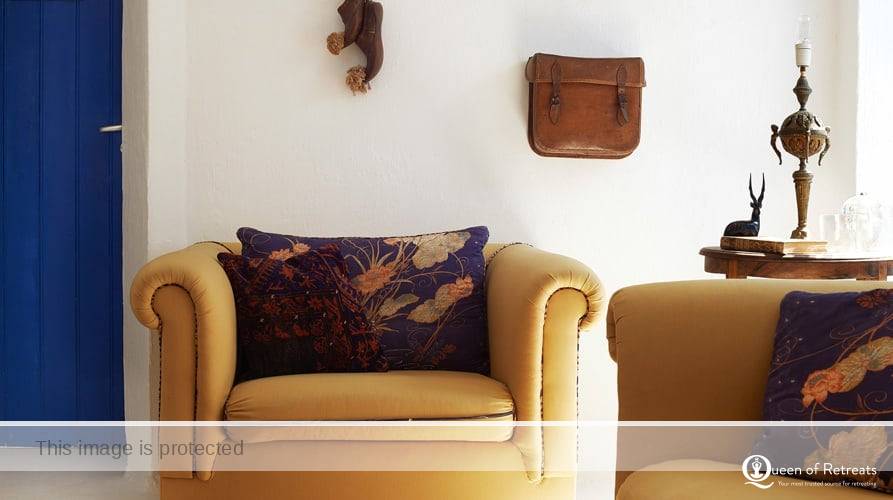 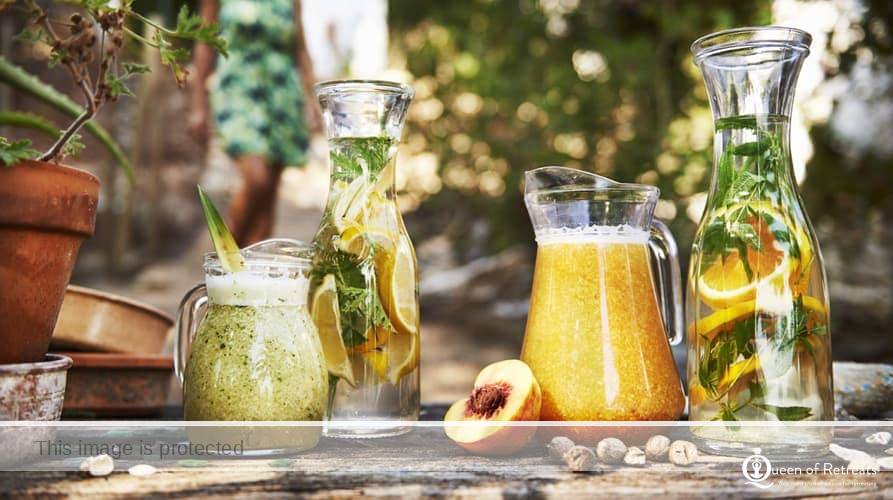 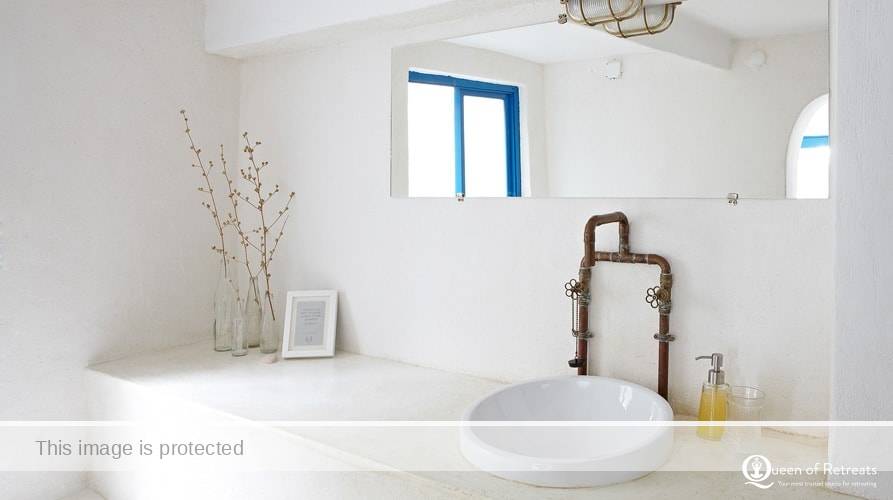 This was my first yoga retreat practising Hatha yoga, and it fitted perfectly with what I needed. Our flow yoga teacher Evi Bouzaki’s classes weren’t all about sitting around and breathing. There were some good, dynamic sets of sun salutations, but I really enjoyed taking the pressure off, and letting go of any expectations about what my body should be capable of, which I tend to find is always in the back of my mind during a Vinyasa or Ashtanga class. The week followed a yogic journey through the chakras which was a different approach and although I enjoyed the week on the whole, I’d probably return for a week with a different teacher. Evi’s teaching style meant that the class sometimes ebbed and flowed with the what the stronger characters in the class were interested in, and even though that was fun to explore, I prefer a teacher who’s a bit more of a leader.

I loved sitting out on the terrace of our little house, reading a book while listening to the sea lap against the shore below. When it got too hot, I settled in on a daybed tucked away beneath some olive trees for shade. The views are incredible. From every point – the dining table, your bedroom, the meditation platform – you have an unobstructed view of the Agean, olive trees and hills of Evia, the other island. Co-owner and host Lissa’s love of crafts comes through in her colourful chair seats, or the relaxation bed up by the Oak Tree viewpoint. There’s a hard-to-pin-down quality to the place that’s reminiscent of childhood holidays – perhaps the sense of freedom and the playful, fun attitude of your hosts.

Because almost everyone was sharing a room with someone they didn’t know, this promoted a lovely social community. This is by no means essential of course – you can book a solo room or bring a friend. The week is quite social generally – there are drinks by the fire pit every night before dinner, and people tended to hang out talking after eating, but nobody seemed to mind if I opted out of the chatter and headed to my peaceful bed early – I was really up for some downtime and my fluffy duvet was too much of a pull. 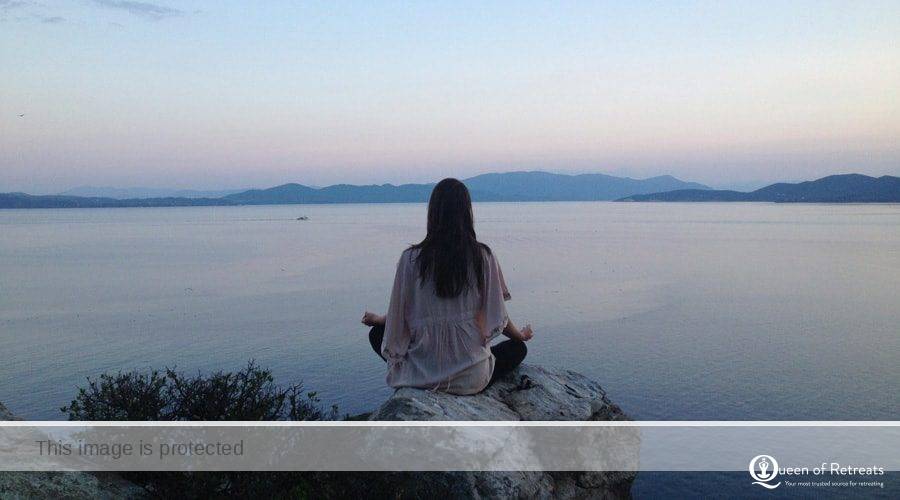 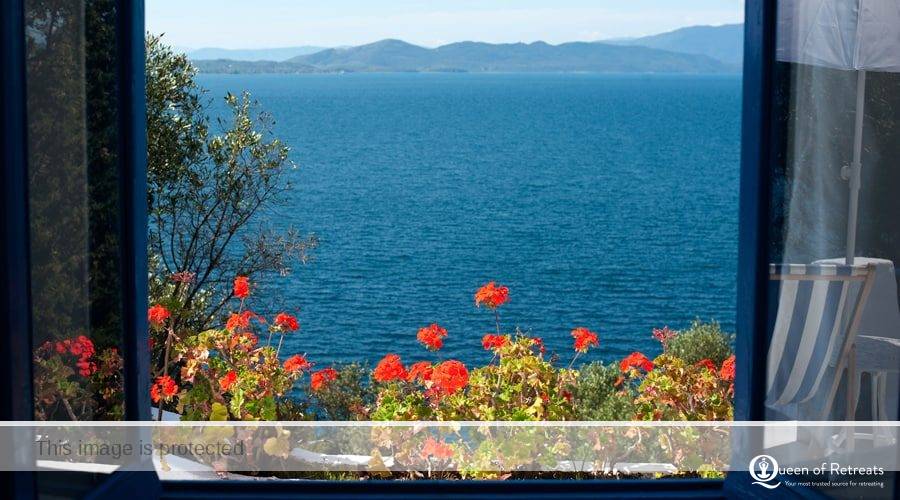 Without wanting to come over as the hippy dippy yogi, there’s a very special energy on Silver Island. It’s in no small part due to the laidback, open-armed welcome from Lissa and Corné. As the last retreat of the year, they had planned something special for us on the final evening, which under normal circumstances would be unlikely to have happened without a (very) liberal application of alcohol. After dinner, each guest and staff member took a hat off the wall and had an impromptu hat party in the dining room. We danced around the table to Lissa’s DJ set which spanned from Prince to the Eurythmics… There was an air guitar competition between two of the guests who played with gusto. I fell into bed, happy and tired, with the sort of joyful feeling you can only get from a good dance.