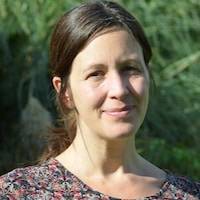 Ella Franklin reviews this peaceful, nurturing writer’s retreat in Sheepwash and revels in the uncluttered time and space

I arrived at Retreats For You a busy working mum, completely out of touch with my writing and with a never-quite-finished novel languishing on my laptop.

The sixteenth century guesthouse sits in the village square opposite the pub, and boasts a thatched roof, sloping floors and bags of character. The owner Debbie Flint, author, TV presenter and lover of all things vintage, welcomed me with a warm smile and a cup of tea, and told me lunch would be on the table in an hour. I was shown to a large, bright room overlooking the village square and was left alone. I sat at my desk, looked out at the Devon hills, and wondered what on earth I was going to do with all this time to myself. I decided a nap might be a good place to start.

After a hearty lunch of bean and miso soup with homemade rosemary bread I was back at my desk. Meals can be as sociable or solitary as you choose – either at the long table in the vintage-inspired dining room, or at your desk in your room, or by the fire in the lounge. One guest had his food brought out to the large garden studio to eat in front of the TV. 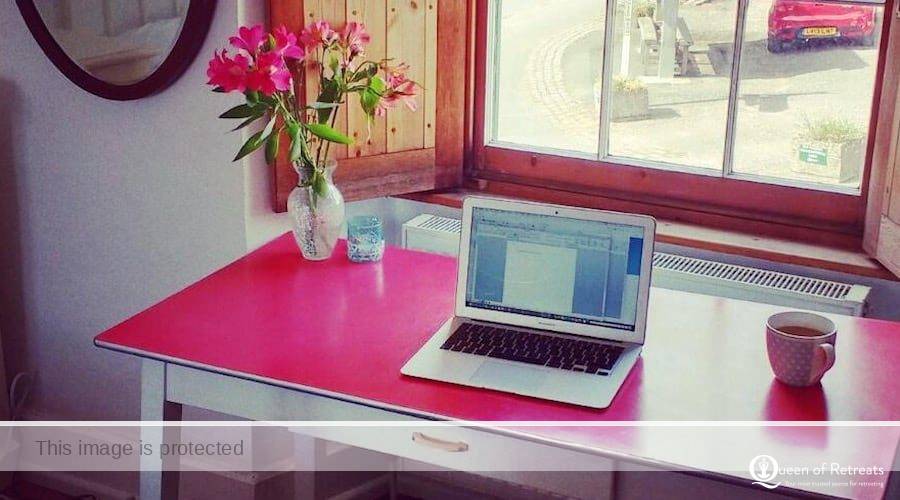 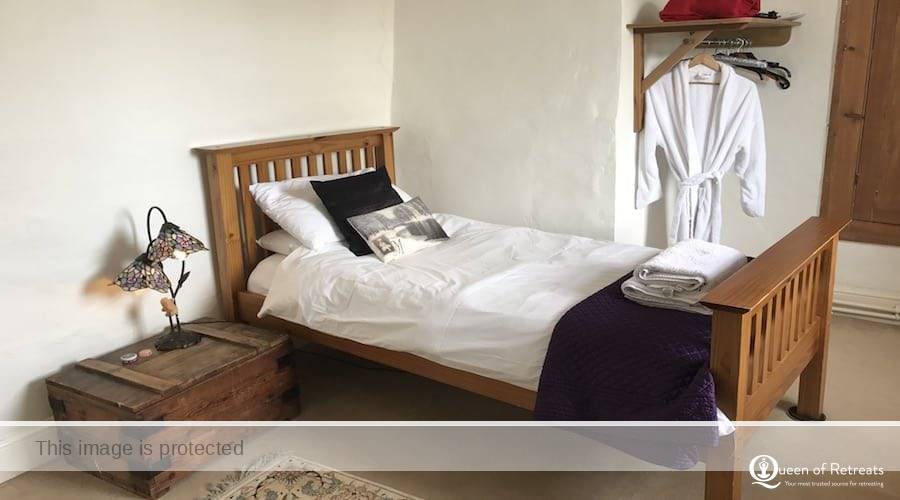 As the afternoon wore on, I began to slip slowly into the atmosphere of the place – the shifting light at the window, the wind outside, the feel of peaceful yet friendly solitude. As dinner approached Debbie appeared with a glass of wine, and the sound of Frank Sinatra floated up from the gramophone downstairs. I was still stuck with the writing, but I was thinking around the edges of my novel again, slipping back into familiar ideas and inspirations.

The evening meal – salmon marinated in soy wine, followed by poached pears and coconut rice pudding – was accompanied by some sparkling conversation. There was a full house, and guests ranged from published authors to first time novelists, from poets to CV writers. I sipped wine and gained some fascinating and useful insights into the world of publishing and the creative process. Later I fell asleep between crisp white sheets to the sound of soft rain, a hot water bottle completing the feeling of warm relaxation.

It didn’t stop raining the next day – that type of Devon rain that greys the hills so that the guesthouse felt like a cosy, creative cocoon. After a delicious cooked breakfast I found myself looking forward to the hours in front of me that day; and finally the writing began to flow (helped by the delicious bread pudding and flapjacks on offer).

I wrote downstairs by the fire in companionable silence with another guest, and revelled in the time and space uncluttered by interruption or arranged activities. After dinner that evening the sun came out, and we took Debbie’s labradors Daisy dog and Gracie for a walk along wet lanes dripping with bluebells and wild garlic. That night I stayed up late writing with an enthusiasm and excitement I hadn’t felt for months. 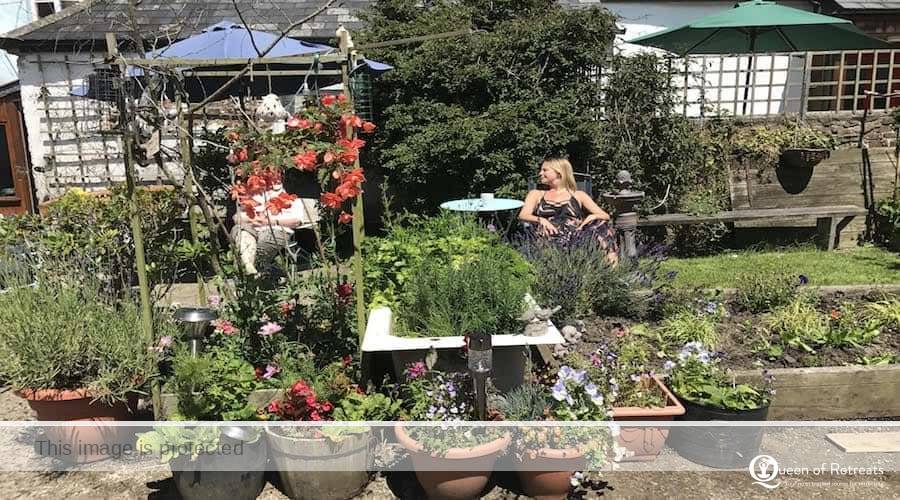 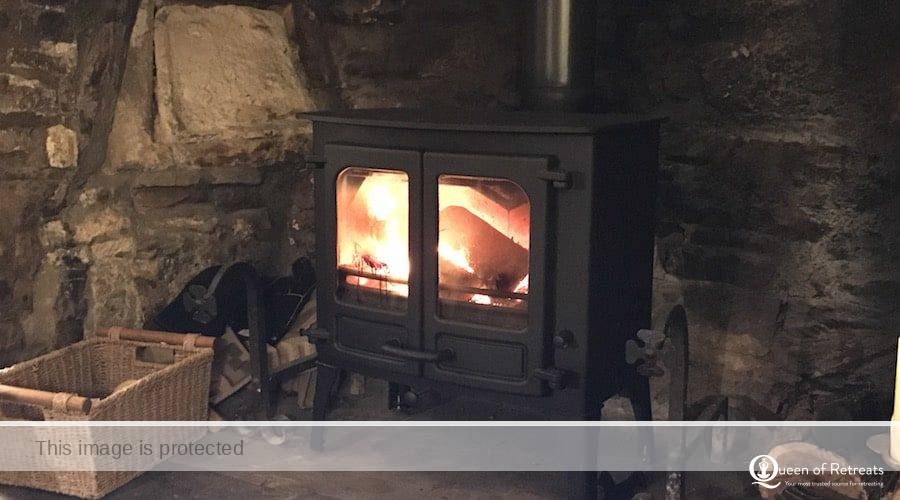 The next morning it was time to leave and I felt vaguely resentful, having just achieved the state of mind that thrives on silence and space – I can see why people stay for a week.

Retreats for You changed ownership in November 2016 and has continued to gain good reviews, and it’s easy to see why. Debbie is a kind, creative and generous host, and is attentive to the details that really make this place special. Plans for the future, such as turning the dining room into a café once a week, build on its success whilst retaining the ethos that attracts so many writers. At the heart of this retreat there beats a steady pulse of authenticity and a love of literature. And that novel of mine? Almost finished. Almost…