Detoxing our life on a Platinum Healing retreat in Sussex, England 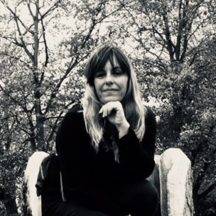 I pootled down the A3 from London after work one Monday for a mid-week Platinum Healing detox retreat, pondering how I felt about having to be caffeine, sugar and nicotine free for 4 nights. I was booked onto a self-healing retreat, which includes naturopathy, acupuncture and nutrition advice as well as a detox. I arrived and surveyed the other guests with a keen eye (people watching is a favourite pastime of mine). All but one of the guests were women – ranging in age from late thirties to sixty plus. The majority of us were professionals, though we had a couple of more creative types too. Some were here to lose weight, others to heal a health issue, others to quit smoking – all Platinum Healing retreats pivot around a juice fast but meet different needs along the way.

Our base was converted barns just outside Arundel in the glorious Sussex countryside. Set in a kind of quadrant, there was a pool house, wooden sauna and a patio at the back, overlooking a meditation garden and the hills beyond. It felt heavenly quiet, a nature lover’s paradise. My room was pleasant and comfortable and the bed was enormous. I was ready to begin.

Each morning started with a couple of yoga classes – intermediate to advanced at 7 am, followed by a beginner’s session an hour later. Anyone could attend either session, so you could do a couple of hours’ yoga if you were so inclined. The classes were gentle, taking into consideration we were all detoxing, and held in a light and airy studio.

We then enjoyed a juice, a shot of aloe vera and a cleansing drink – hot water, lemon and apple cider vinegar – followed by a talk by a herbalist and naturopath, which was interesting, but felt a little too much for me, especially as the dining table chairs weren’t especially comfy (next time, I’d ask if we could move to the sofas).

We’d have another juice at 1pm, with a shot of crushed milk thistle grains and another cleansing drink. Then a further juice, wheatgrass shot and cleansing drink at 5pm. Yoga or meditation followed this and at 7pm we were each given a mug of warm electrolyte broth, which was a real highlight – so yummy. In the evenings, an inspiring film – usually about juicing – was put on, but many of us drifted away to go to bed.

‘Our woodland herb walks in the tranquil countryside were restorative, super-interesting and a great way for guests to get to know each other’

Treatments, booked in advance, were an important part of my retreat, especially as I had a classic detox headache and cloying lack of energy during the week. We got to meet the therapists at the beginning of the retreat, which was billed as a Q&A, though felt a little too much like a sales pitch for me and unnecessary, as all the information you need is in the retreat booklet. That said, the treatments themselves were phenomenal.

The nutritionist was very thorough with her consultation, made some sensible suggestions regarding my diet and gave me an optional four-week prescription of herbal tincture to take (though this did cost an additional £48). The acupuncture was so relaxing I could feel myself being healed from the inside out, but the standout treatment for me was an hour long hypnotherapy session that focussed on inner body cellular healing. Therapists can vary on each retreat, but for this one I had Laura, who helped me to banish a traumatic memory from my younger years and replace it with a new, loving one. I cried, we laughed and I felt amazing afterwards. Laura also led the group NLP (Neuro-Linguistic Programming) and life coaching session on the last evening, which allowed me to come away with a practical life-plan that I continue to follow. I have booked to see her privately going forward.

There was plenty of free time during the days – I found the woodland herb walk twice during the retreat in the tranquil countryside truly lovely – restorative, super-interesting and a great way for guests to get to know each other. When I wasn’t having a treatment, I went to nearby Climping beach for walks, to read my book and get some sea air. Sometimes I went alone and other times I went with a couple of the girls with whom I became close. I slept a lot too – I was shattered.

I had booked a single room but one that shared a bathroom with one other girl, and though I got used to this, I admit it wasn’t particularly pleasant to have to get up and shuffle down the corridor to have a wee in the middle of the night – I would definitely save to have my own bathroom next time. To avoid hassle, my bathroom partner and I had a little chat and worked out the enema code for when she’d be on her back on the floor doing the necessary.

As a group we bonded, and I came away with two brilliant new girlfriends, with whom I am in daily contact – we support each other and have some fun too. I lost seven pounds, and continued to lose weight stably over the following months, by juicing, eating far more healthily and drinking more herbal teas and water. The biggest gift the retreat gave me, however, was the stillness and space I lacked in real life to think clearly about what I want for myself and my future – as a result I quit the job I hated, and am finally following my passion and applying to be a teacher in September.