Popping up and plugging in at Paradis Plage 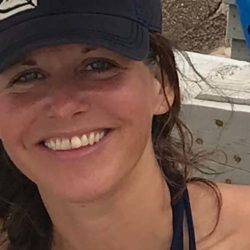 Sally Kirby reviews a family-friendly surf & spa resort on one of Morocco’s best surfing beaches at Taghazout, near Agadir in Morocco and finds the teaching and vibe she needs to shake off her fear, play and reconnect

Sally Kirby reviews a family-friendly surf & spa resort on one of Morocco’s best surfing beaches at Taghazout, near Agadir in Morocco and finds the teaching and vibe she needs to shake off her fear, play and reconnect

I arrived at Paradis Plage at 2 am after a long wait at Casablanca airport so spent the following morning taking my time feasting on the extensive breakfast buffet, delighted to see freshly squeezed juices, tropical fruit platters and buttery croissants featuring. I enjoyed a refreshing sea swim to ground me, something I do regularly at home, then felt ready for my first private surf session with Karim El Habi, the hotel’s Activity Manager who oversees a team of passionate, surf instructors.

Khalid shared his expertise patiently. Drawing in the sand and helping me practice pop-ups on the board before we got on the water, he explained that this beach was perfect for beginners, with gentle waves, no rocks, no rip tides and at that time (middle of the day in mid-June) no other people. I face-planted on the first wave, stood up on the second, wobbled around on several others and swallowed large mouthfuls of seawater. Each time emerging with a huge smile on my face. 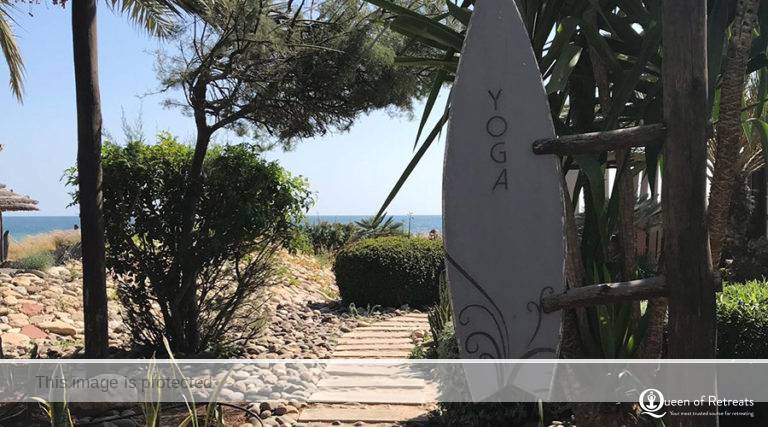 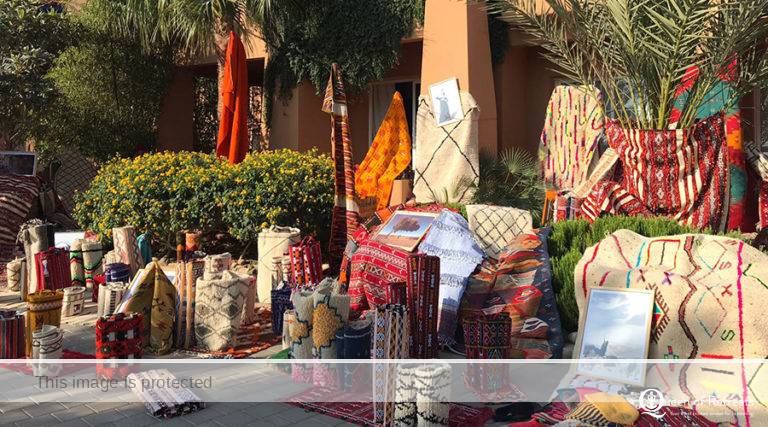 My next surf lesson was a group session, when ten of us hopped into SUVs and hit the coastal highway looking for suitable waves. We found them at Banana Beach, another sweeping sandy beach perfect for beginners on foamie boards. During this session I lost my confidence, because the fear had kicked in, there were lots of harmless collisions, and I spent too much of my time lying on the board, waiting for a suitable, people-free wave. The advice from Khalid? You just need to go for it, take action. Kind of a metaphor for how I live sometimes – often observing from a safe place and not participating. I saw how while the private session was brilliant for giving me the theory, it was time to practice and learn to read the waves.

Our group of ten was a mix of first-timers and others who’d tried surfing a handful of times, aged between ten to 50 years. Our instructors, best of friends Khalid and Hucine, ensured we had an active and fun session. In addition to their language skills, dipping in and out of French and English, they were also generous with their surfing tips and feedback. It was great to speak French, French being the highest percentage of clients at the hotel, and I found plenty of willing staff and guests to practice with throughout the hotel during my stay.

‘I face-planted on the first wave, stood up on the second, wobbled around on several others and swallowed large mouthfuls of seawater. Each time emerging with a huge smile on my face’.

Alongside the surfing were twice daily yoga sessions with Karsten in the beautiful beachfront yoga shala. A strong, energising morning session, and a restorative, opening afternoon session. On the second day, the middle of my back, at the heart chakra, felt open and stretched. I was relaxing, chatting to local beach artists, visiting local markets, practicing my French – and it showed.

I’d been many times to Morocco before, but realised that the things that used to irritate me about it or that I was afraid of were now bringing me joy. I was curious and open-minded, saying yes to everything, including a ‘tagine takeaway’ supper with locals in their family home where I shared food, played cards, learnt to drum Berber-style and laughed- all things which transcend religion, age, gender and language. 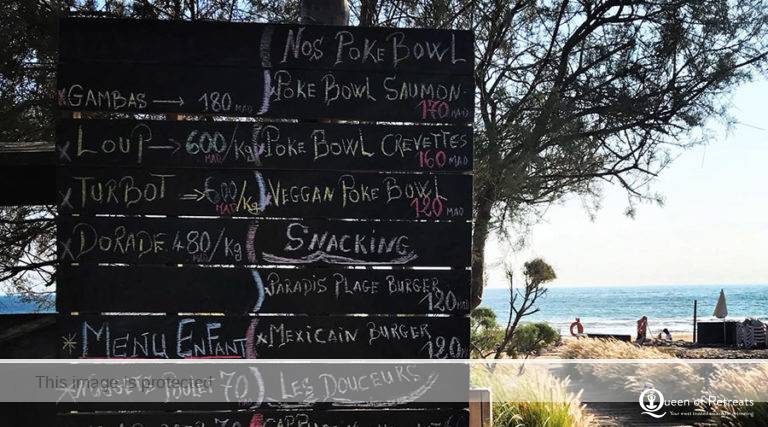 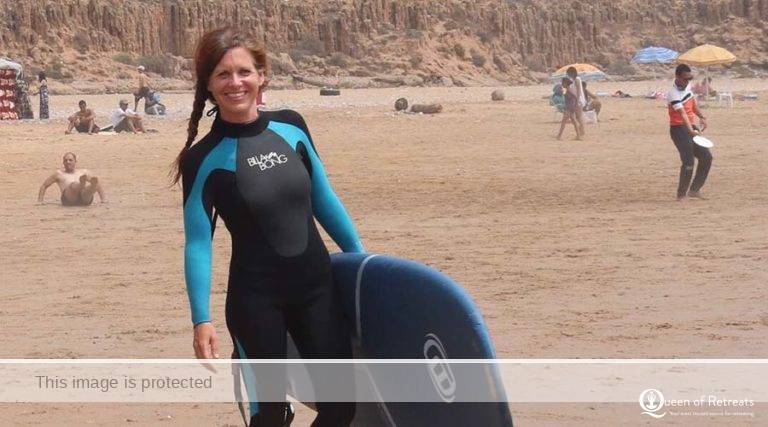 One evening I sat for dinner at the Chiringuita, the beach shack restaurant at Paradis Plage, a lovely spot to watch the sunset drop down behind the ocean. The waiter came to the table and said, ‘you’re welcome to Africa’. A huge smile surfaced, my expression so marked that when he returned a few minutes later he said it again. That time it brought tears to my eyes. How does a continent do that! I felt plugged in and on recharge.

Paradis Plage’s people, setting and experiences gave me a wonderful chance to conduct a personalised retreat and tap into my basic needs again, from sunshine, ocean, yoga and grounded people to Africa, laughter, play and a bit of pampering. I’m heading back soon, maybe see you there!