Deep detoxing in a magical Portuguese valley at Moinhos Velhos

I’ve been on a lot of juice fasts and the basic format of this one didn’t surprise. It’s that old tried and tested formula of juice + bentonite clay + psyllium + some form of DIY colonics (though these guys have been doing this for decades and doubtless provided the inspiration for many of the Johnny-come-latelies around). What did surprise me was the deeper levels of detox that I underwent in this deeply spiritual lost valley in Portugal.
I find it tough to flob out on retreat.  Always on full alert, always on time, I get more than a tad obsessive about doing everything and doing everything right.  My inner perfectionist slogs me round the head if I miss a class or topple over in Trikanasa.  Yet Moinhos Velhos chilled me out quite blissfully.
The yoga here is kind and gentle for a start.  There are usually three teachers, each with a different style. When I visited classes alternated between Dru, Sivananda and Hatha. They were all lovely but it was Drew (Mr Hatha) who really helped me tune into my body and go deeper and softer with the breath. His yoga was all about bringing what you have to the mat, and taking yoga out of the shala with you wherever you go.  It was warm-hearted, generous, filled with light and laughter and I lapped it up, body and soul. 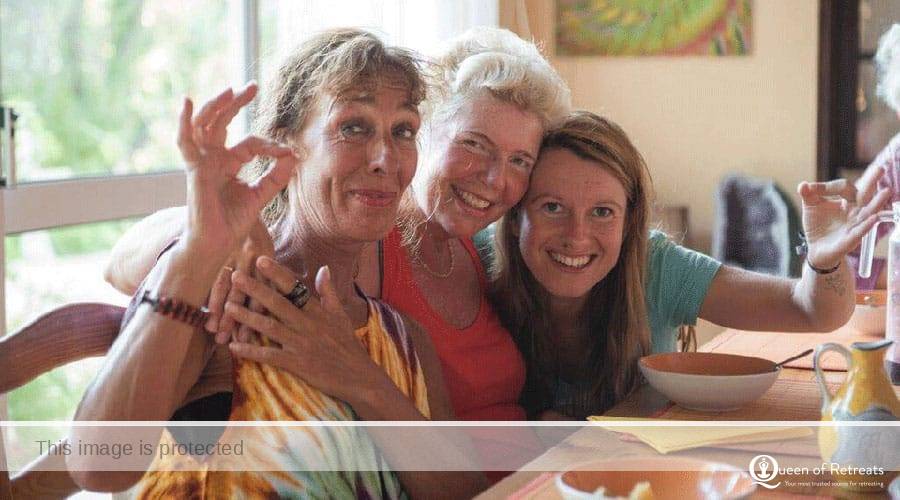 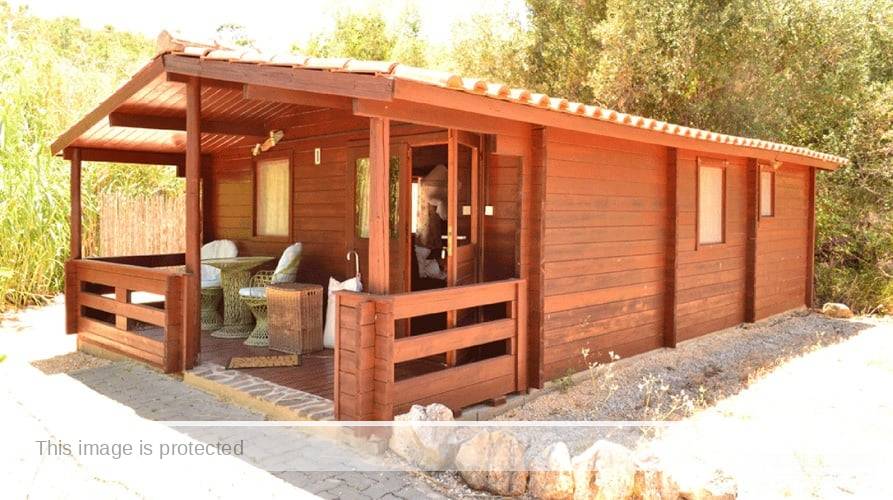 Moinhos Velhos attracts some seriously good therapists but I really hit the jackpot with Anita Fuller.  Qualified in a raft of mind and body therapies (NLP, hypnotherapy, rebirthing, past life therapy, cranio-sacral, massage, Tragerwork, to name a few), she worked on every level (mind, body, heart and soul) using whichever techniques she felt I needed. It was an emotional and intense experience, back into the bowels of my grubby family history, with plenty of tears and long-held anger released. I was so impressed I went back for a second session, and went deeper still.
Meanwhile Janni hooked me up to the Physiospekt, a Russian diagnostic computer programme which scanned my body to give an analysis of my health. It’s said to be able to pinpoint problems before they are even detectable with standard analysis. My sceptical side surfaced here (it didn’t detect any problems with my gallbladder and I’m not sure that gallstones can just vanish – but, hey, it would be nice to think so). However it did pick up issues in my shoulder, hips, knees (all accurate) and flagged up a possible underactive thyroid (which I have suspected for some time).  Once the problems have been diagnosed, the correct frequency can apparently be bounced into the body and healing can take place. I’m still a bit sceptical about that but hey…it was an interesting experience.
There’s always something going on here and you can just dip in and out as you desire.  I blissed out with Drew’s freestyle gong bath one evening, and got a frisson out of releasing my fears at a beautiful Hindu fire ceremony on another. I thought I fancied Biodanza but, after about five minutes of desultory dancing, decided I wasn’t in the mood after all.  My ‘good girl’ gazed horrified at this insurrection – usually I would have stayed and endured.  But the Moinhos Velhos deep release was obviously kicking in as I sloped out and did some star-gazing instead.

As the days slid past, I found myself letting go more and more. I spent less and less time doing the things I felt I ‘should’ do and more and more time just listening to my body, releasing, relaxing.  Hours passed gently rocking on a swing-seat under the trees.  Lengths of the pool became more and more leisurely until they segued into slobbing out in the Jacuzzi.  I put aside my worthy tome of a book and chatted with my fellow detoxers.  I gave up sweating in the sauna (lovely though it was, it was endurance-level hot) and soaked in the sun instead.
Beach-day felt like the best kind of school trip.  We bundled into the bus and wobbled up the hill and along the road to the sea.  The coastline is ridiculously beautiful and, off-season when I went, blissfully empty.  We meandered down to the beach (noses firmly averted from the scents of the nearby café).  All self-consciousness had vanished by now and I joined in heartily with the round of chanting before we sipped our lunch-time juice.
The fasting part?  Easy-peasy.  You’re actually taking in a fair amount of calories, and getting plenty of nutrients, so after the first couple of days, I felt clean, clear and had plenty of energy – well, certainly enough to cope with a stroll up the hill to the pool.  The colonics were equally straightforward, not remotely awkward or unpleasant. 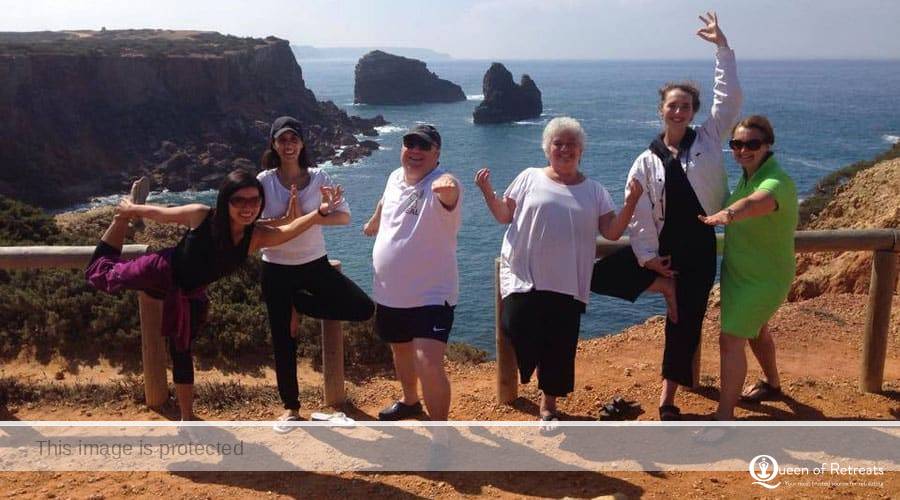 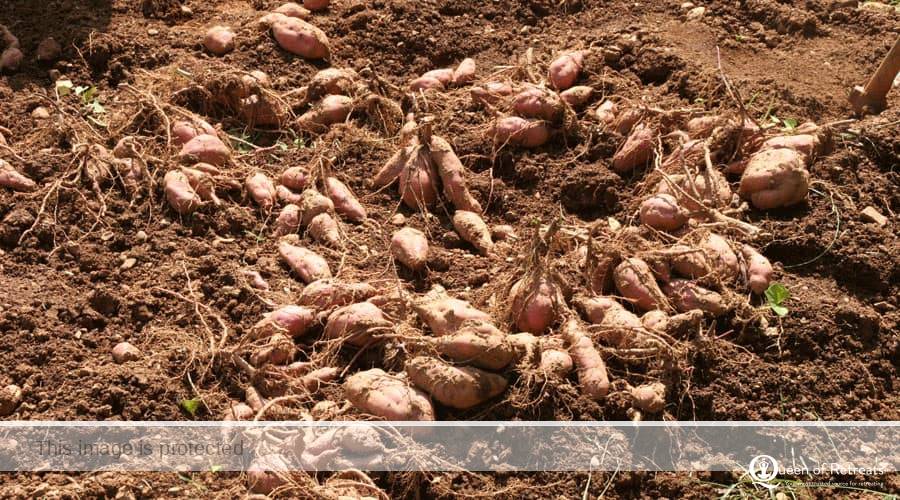 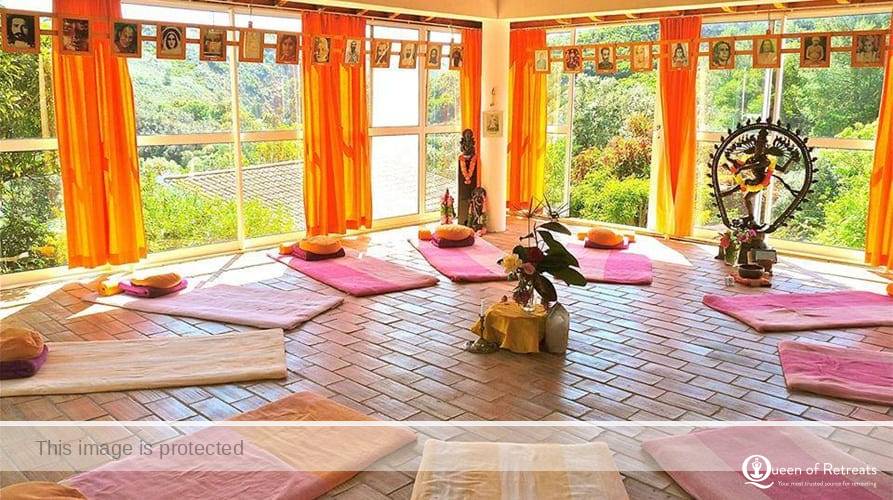 If you possibly can, try and stay here for ten or, ideally, 14 days.  I stayed for ten days and felt absolutely fabulous – light, bright and positively glowing.
I left behind a fair amount of weight, both physical and emotional, and returned home feeling deeply cleansed – in body, mind and heart.
MORE RETREATS IN EUROPE
MORE Detox retreats
MORE RETREATS IN Portugal