On the ghee at Kalari Kovilakom 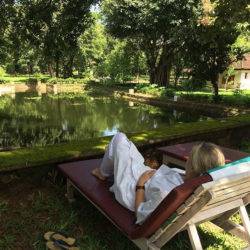 I miss my morning consultations with the inscrutable Dr Jouhar. “Does your sweat still stink? Any diarrhoea? Bad dreams?” Nobody has taken my pulse – noting noncommittally that it’s wavering between a frog and a snake – or forced me to drink evil concoctions of herbs since I left. And I miss it. But that could be Stockholm Syndrome.

Until my two-week stay at Kalari Kovilakom, to me ayurveda was the most gloriously decadent massages on a spa menu, the ones involving four hands and oil drizzled on your forehead. Of course, I knew that there was more to it than that, that it was an Indian health system that had been around for around 5,000 years – which is why I wanted to experience a real ayurvedic retreat. Everyone I met who had been on one raved about the health benefits – even though they all said how hard it was. But I didn’t expect it to be quite so hard.

Kalari Kovilakom is an ancient palace set in lush grounds, and I went there for two weeks. A sign after reception reads ‘Leave your World Behind Here.’ When you arrive you’re given a glass of coconut water, a potted history of the palace – and it’s (gently) hammered home that this is a ‘hospital’ not a spa – in case there was any confusion. 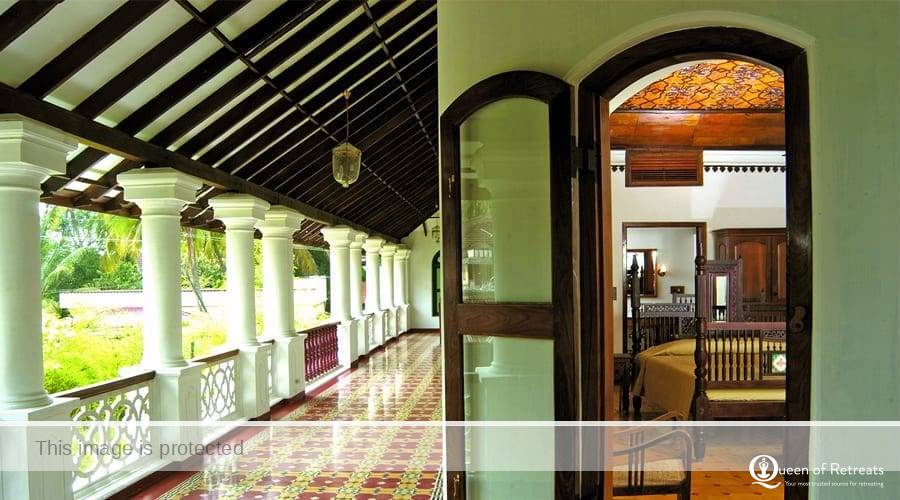 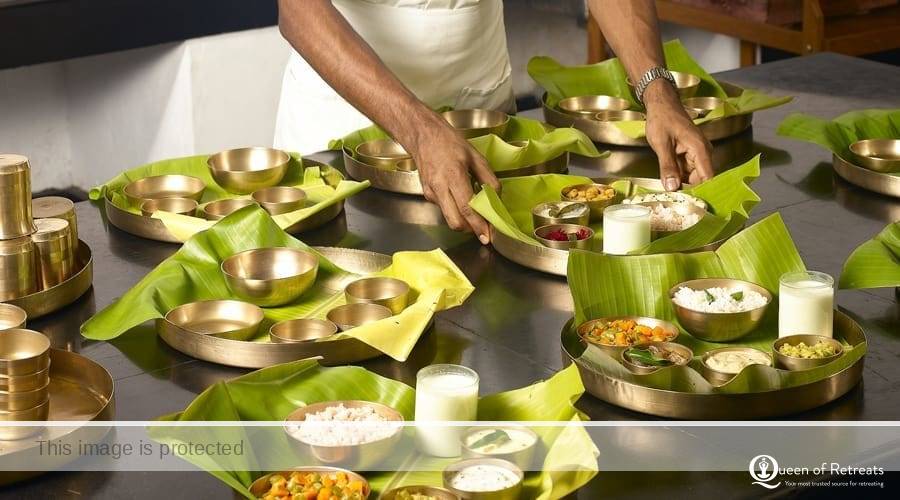 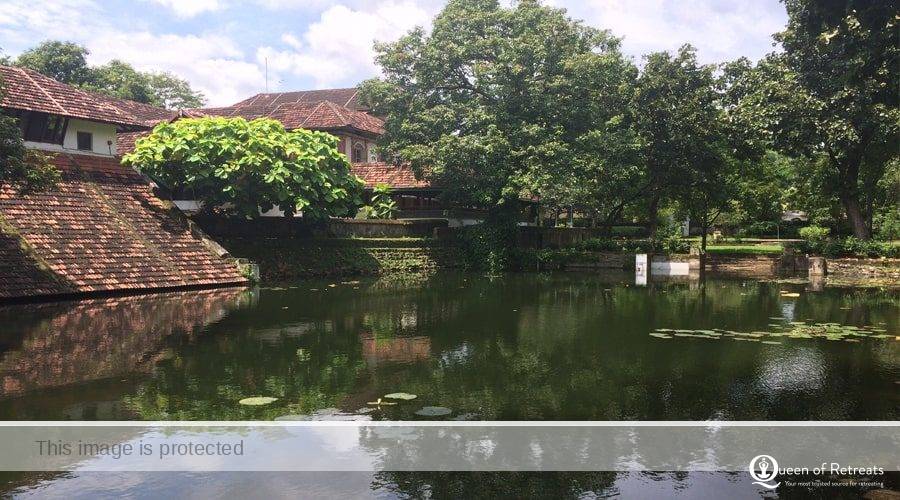 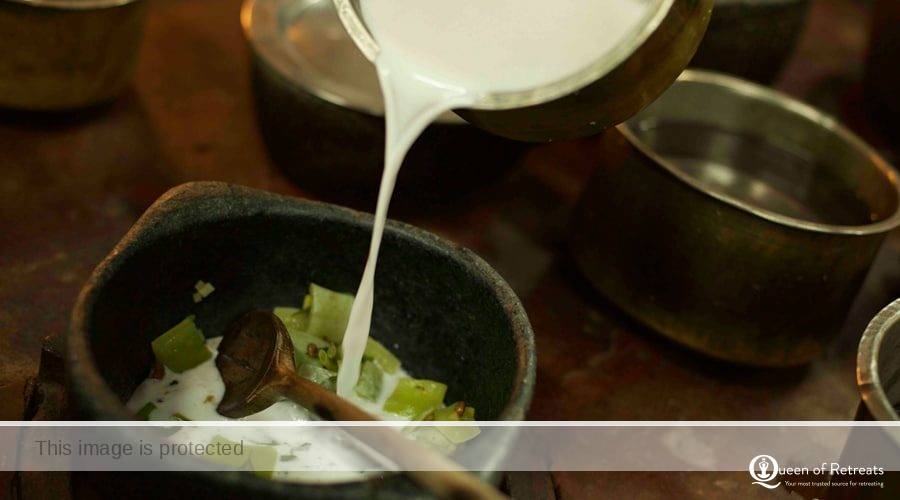 There are strict rules and regulations – from no leather footwear to no talking (or books, phones or ipads) at dinner. You eat mindfully and silently. Everyone wears white pyjamas and pads around the grounds in velvet flip-flops. I couldn’t shake the feeling that I’d stumbled into ‘One Flew over the Cuckoo’s Nest’. There are padlocks on the gates and high walls. On the other side is a crazy cacophony of dogs barking, honking horns and screeching brakes – a constant reminder of the world outside which reinforces the feeling that you are in an enclosed monastic order – or inmates of an asylum. The chanting from nearby temples as I made my way through the garden to yoga at 5.30am, however, was magical and gave me goosebumps every morning.

Kalari Kovilakom is an ayurvedic bootcamp and after a few days you start to feel vaguely institutionalised. It is a heavenly place to be locked up, of course. The staff smile beatifically and also waft around in white, the rooms are scented with lemongrass, birds and brightly coloured butterflies flit from tree to tree.

The other guests have made the pilgrimage here from various corners of the world. There were the glamorous stick-thin Russians, possibly models (clearly not on the weight-loss programme), a matronly woman from Moscow, a French mother and her twenty-something son (who wandered around shell-shocked the first couple of days and tried to bribe the staff to smuggle him in a packet of cigarettes), an Indian couple on their fifth consecutive year and my partner in crime (we flouted the rules and whispered together at dinner) a Swiss designer with a business in Nepal.

‘Kalari Kovilakom is an ayurvedic bootcamp and after a few days you start to feel vaguely institutionalised. It is a heavenly place to be locked up, of course.’

Days are tightly structured and, from your initial diagnosis, you are closely monitored by the doctors. They control everything from your diet to massage treatments, which are designed not for pampering but to support the detoxification process. Udwarthanam for instance is a turmeric powder massage, which exfoliates and cleanses the skin. It’s also fat burning, helps to drain the lymphatic system, increase fat metabolism and reduce cellulite.  After being stripped naked – apart from a surgical mask and shower cap – and rubbed vigorously all over with the turmeric by two therapists, I felt like a marinated chicken. The next day a sesame oil massage left me basted like a bird. Elakizhi sounded wonderful, two therapists working on your body with hot oil and herb-filled pouches to open the pores and expel toxins. The synchronized pummelling, however, felt more like a battering with boxing gloves. I did have oil drizzled from a brass spout onto my forehead to relieve mental tension – but there was no heavenly scalp massage to go with it.

Being ‘on the ghee’ is also tough. Each day the dose is increased until the doctor feels your body can’t take any more. Side effects include nausea, aching muscles and tiredness. I went through them all and on an emotional rollercoaster. Emotions will rise to the surface, Dr Jouhar reassured me.  It’s an emotional as well as physical detox. For the first few days my eyes were red and puffy and I stank of rancid butter. When, after four days, the doctor said I could stop I almost skipped out of his office grinning.

The relief is short-lived though. After the ghee, you have the five stages of purgation. I escaped the induced vomiting but not the laxatives. The glass of fiery herbs had me running to the bathroom 18 times in one day. The less said about the enemas the better. But there were four – and I cried. Inhaling bitter oil to clear your nasal passages, gagging and coughing up stinging phlegm is a special kind of torture. I was quite looking forward to the leeches but ran out of time. 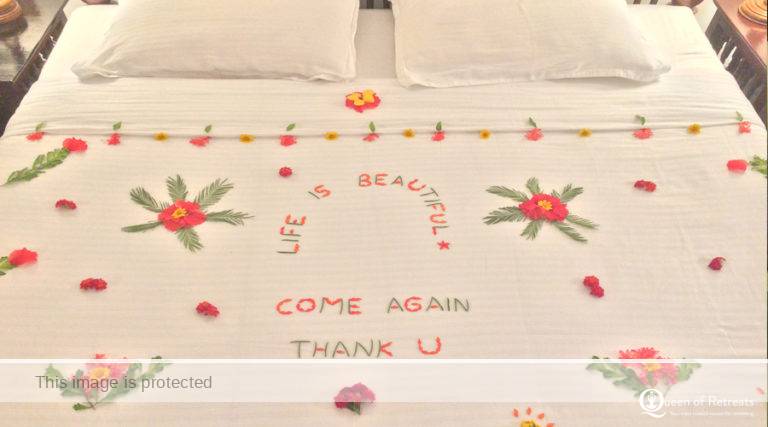 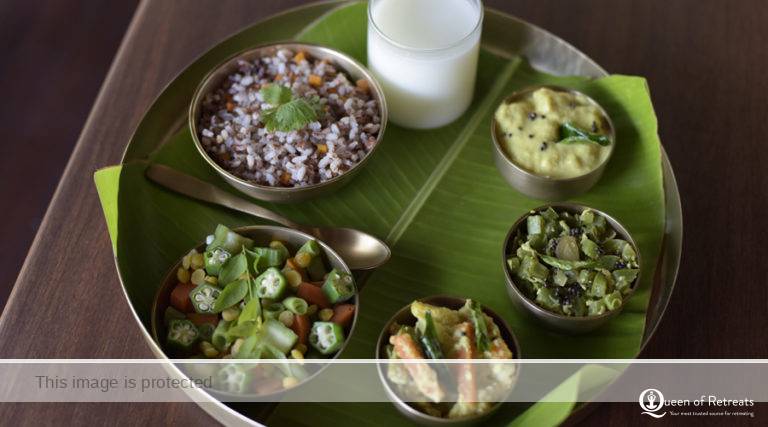 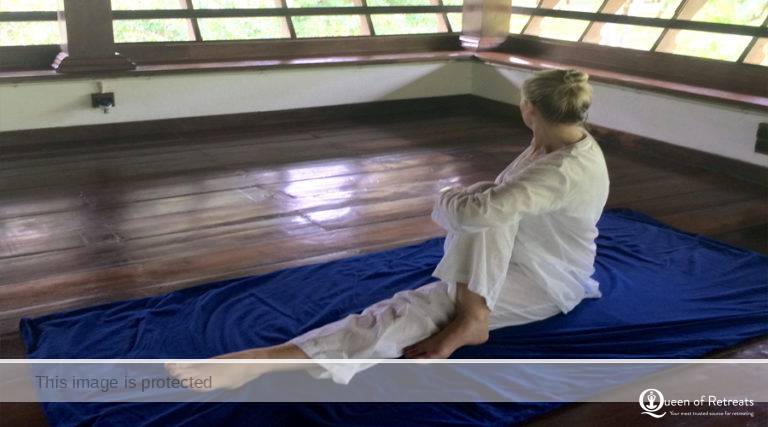 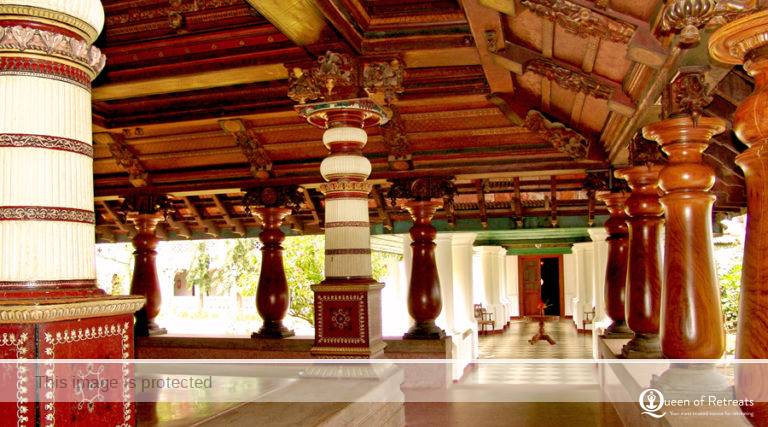 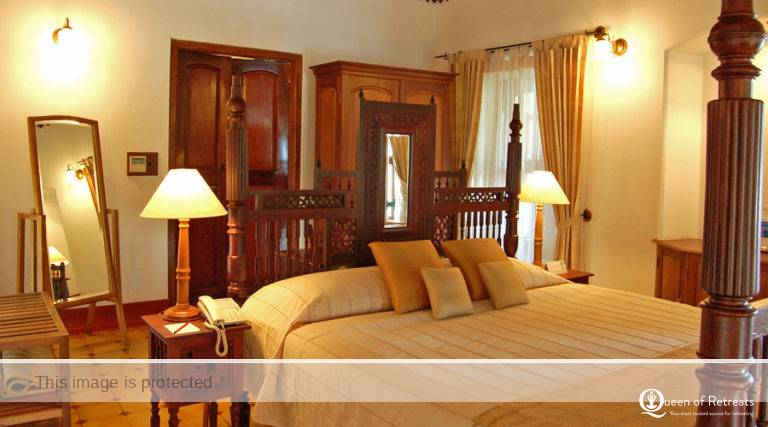 Towards the end of the second week I did hit a wall, tired of the bland food, the vile medicine and vigorous pummelling. But then I padded along to a yoga nidra session in the yoga shala and drifted into a soporific state of relaxation, hovering somewhere between sleep and consciousness, emerging calm and serene.

People expect to leave Kalari Kovilakom feeling fabulous, Dr Jouhar explained when I was checking out, but your body is depleted and weak after the intense detoxification and you are susceptible to disease. They prefer you to stay for three or four weeks so that they can focus on rejuvenation. I couldn’t have coped with any longer – but the fact that I had lost half a stone did make me feel fabulous.

Looking back, it was gruelling – but it was the real deal. And I would do it again.  Partly because I’ve realised I need the discipline – and the padlock on the gate – but partly because everything I read while I was there on the principles of ayurveda and how our bodies need to be in balance makes so much sense. Two weeks of healthy vegetarian food fresh from the organic gardens, no alcohol, sugar and caffeine along with daily yoga and meditation can only be a good thing as well. I had a thorough detox, and trusted the doctors’ diagnosis. There are a lot of people out there who dabble in ayurveda or offer ayurveda-light – but ayurveda is not about drizzling oil onto your forehead and dithering about with doshas. It’s about doctors and health. And you couldn’t find a more stunning setting than Kalari Kovilakom to give your system a total reboot.