Gut rest and regeneration at Grayshott 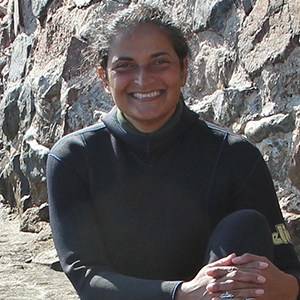 Niki Natarajan reviews the renowned 7 Day Gut Health Regime at Grayshott Medical Spa in Surrey and loses 7lbs in seven days as myths about diets and food fads are busted.

Entering Grayshott through an archway with ‘Pax Intrantibus’ – which means Peace to those who enter -carved in stone, I could almost feel my parasympathetic nervous system heave a sigh of relief as I picked up my hessian gift bag with schedules and a 36-page information booklet on the educational gut lectures to come as well as recipes and meal ideas.

There were six ‘Regimers’, all recognisable by the blue rubber bracelet, on our retreat; the maximum group size is 16, and typically has a higher female to male ratio. Our group, which bonded instantly on the first morning over a chia seed, almond, spinach, cucumber and blue berry smoothie, consisted of five 50-plus year-old women and an honorary male, a 20-year-old chorister.

Because I had to work while I was there, it was a largely solitary week, but clad in the spa’s diluted apricot- coloured towelling robe, each day between activities or treatments I would often share a Pukka tea with someone or other in the waiting area; all reuniting in the conservatory for lunch or on the Regimer’s table in the main dining room for breakfast or dinner. 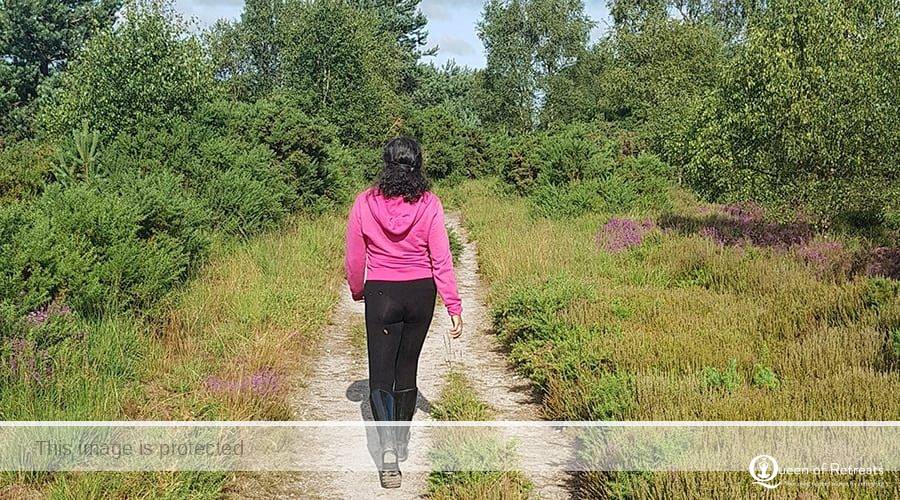 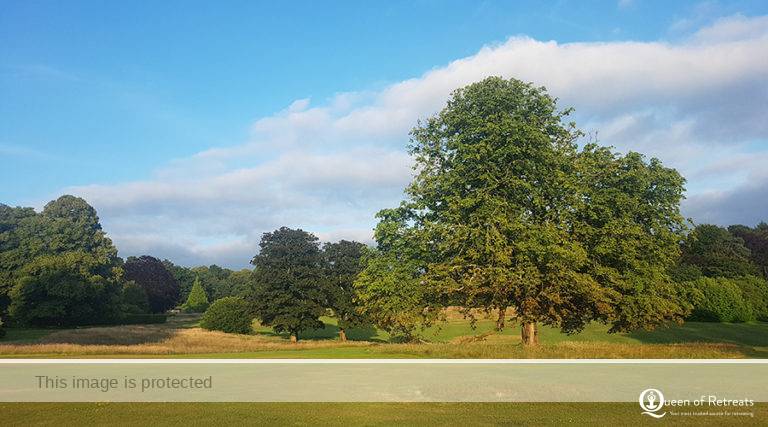 Every day at 12 noon we would convene for the dietary myth-busting hour-long lectures. And it was here, sat in the cinema room of Lord Alfred Tennyson’s wisteria-covered former country manor, staring up at an image of what looked like a potato with wilted cress for hair, and listening to Grayshott’s infectiously enthusiastic head nutritionist, I realised that Hippocrates was right. All disease does seem to begin in the gut.

Stephanie Moore, author of ‘Eating less and exercising more makes you fat’, highlighted the four main principles that underpin Grayshott’s 7 Day Gut Health Regime as she explained what happens to the microvilli on top of the enterocytes (the cress on the potato) by an irritant-laden diet.

Poorly digested carbohydrates and stress leave the body susceptible to the side effects of a leaky gut, among which are auto immune disorders such as rheumatoid arthritis and lupus. During the lecture – somewhere between the fact that 90% of serotonin and 80% of our immune system are produced in the digestive tract – my sugar-deprived imagination took off on a Jules Verne-esque ‘Fantastic Voyage’ to visit my gut biome, home to 100 trillion microorganisms, and about 2kg of at least 500 different species of bacteria. I felt like a general surveying the slaughtered remains of her annihilated troops.

Add to this the fact that our daily stressors trigger adrenaline and cortisol, designed as fight or flight response which, these days, is almost always on, wreaking havoc with our moods, hormones, weight and sleep.

When the menopause collided with my sandwich-and-alcohol-fuelled sedentary and stressful lifestyle five years ago, as a journalist on a perma-deadline, a cortisol-driven blancmange-like Buddha belly had insidiously replaced my never quite flat stomach. Hiding behind a freelancer’s uniform of forgiving yoga pants and baggy Jack Wills hoodies, I had chosen to ignore my painful bloating and joint inflammation. Until I got the opportunity to reset my gut to factory settings with Grayshott’s brilliant regime, which some say is similar to Austria’s VIVA MAYR but without colonics and food rationing.

‘Hiding behind a freelancer’s uniform of forgiving yoga pants and baggy Jack Wills hoodies, I had chosen to ignore my painful bloating and joint inflammation until I got the opportunity to reset my gut to factory settings with Grayshott’s brilliant regime’

There’s nothing here that says deprivation. Thanks to executive chef Adam Palmer, author of ‘Gut Gastronomy’, whose philosophy is ‘healthy eating is inspiration not deprivation’, the choice of artfully presented low carbohydrate meals (when we were not fasting with mugs of spring onion laced watery bone broth soup) was not only Instagramble, but the highlight of the day. Chorizo, courgette and walnut quiche, followed by pan fried Atlantic cod in Parma ham with grilled gem lettuce, and spring pea and shallot jus anyone? After long discussions with the nutrition experts, former vegans and vegetarians, it turns out a small amount of grass-fed meat and sustainably caught wild fish for protein is essential for all body functions. After all, the Dalai Lama is not vegetarian.

At the heart of the grain and dairy-free Mediterranean-inspired menus were proteins, fibre and good fats, with carbohydrates coming from the copious amounts of non-starchy vegetables served each mealtime. Olives, over-night-soaked nuts and olive oil were always present, but there was no desert. Toasting our shot glasses filled with the diluted digestive elixir as we perused our choices became our mealtime ritual. Those few bitter drops at 21% proof was the closest we got to alcohol all week.

Between nutritional consultations and detoxifying therapies, it was a week of resting the digestive tract; fasting to stimulate cellular cleansing and regeneration with the 5:2 protocol; de-sugaring the diet; as well as replenishing the gut biome with probiotics at lunch and the face-contorting digestive bitters and sauerkraut before every meal.

The therapies included castor oil compresses and two quite literally gut-wrenching abdominal massages. In my case the Epsom salt hydro baths were invaluable because, instead of caffeine or alcohol withdrawal headaches, as my body became fat adapted, the toxins released from the melting visceral fat made my muscles feel like something alien was trying to escape from the tissue.

Thankfully, the mercurial British weather was on my side with cold rainy days when midday napping on Nurofen eased the muscle pain, but cerulean blue skies when the sugar-free natural high kicked in. Then, I bounced out of bed to watch rabbits and deer playing silently on the lawn before heading off for the 7.45am guided power walks through the National Trust woodland. 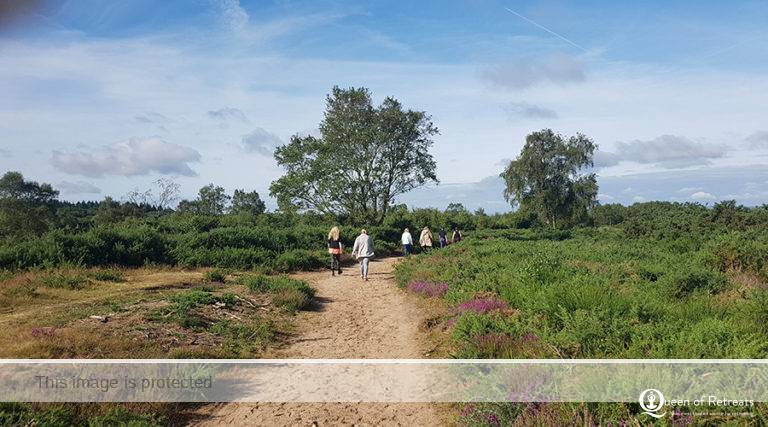 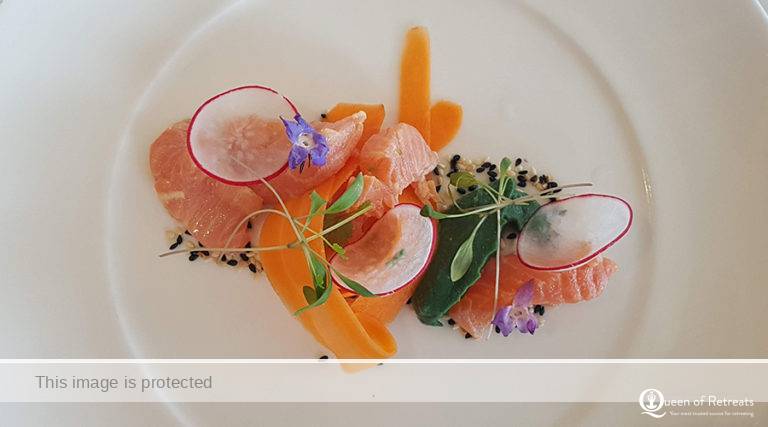 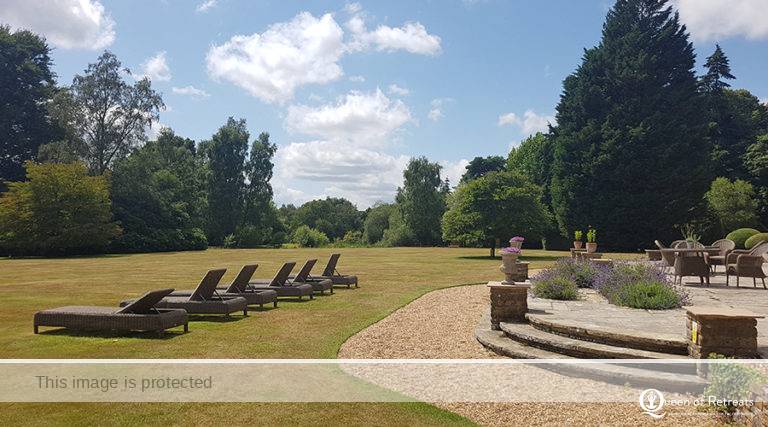 Gentle exercise was encouraged but not compulsory, so I tried a couple of uninspiring yoga classes and gave rebounding a go, until the sun beckoned me to the outdoor pool. Each exercise session was rewarded with time in the amethyst geode-adorned steam room and sauna.

Collectively, we lost 41 lbs, equivalent to the weight of a five-year-old boy, but the team stressed repeatedly that the programme was not about weight loss but body composition. To drive the point home visually, Ravi, head of fitness, held up used a slim 1kg metal dumbbell to represent muscle and a 1kg tub of coconut yogurt to represent fat.

The week sped by, and while our gut lining can regenerate in this short period of time, rebuilding the gut microbiome takes much longer. So, we were sent home with a week’s worth of Symprove, a foul-tasting acidic water-based live bacteria supplement, recommended for a further 11 weeks.

As I exited, I saw ‘Salus Exeuntibus’ – which means good health to those who depart – 7lbs lighter in seven days, no pain in my previously inflamed joints and my blood pressure back to normal, I certainly ticked that box. A week on, and the scales are still edging to the left, grains have left my diet, and xylitol has replaced sugar in my coffee. The only thing I miss so far is the uber sugary Aperol Spritz.READ OUR FULL REPORT