Finding the magic together at Chateau de Mouillac 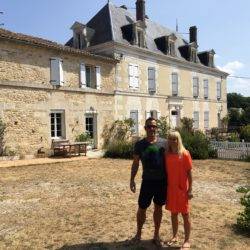 Our retreat at Chateau de Mouillac began before we arrived, with us explaining to our hosts that we were in a pretty good space having just had a week of Dalmatian sun with our young children, and were looking forward to what would be our first “just us” break, save for the odd wedding or night away, in nearly 10 years. No emoticon will ever come near to capturing this prospect.

We loved the idea of a place “where health meets holiday” and declared ourselves open to any therapy that might give us a boost for the remainder of the year and better equip us with the demands of our work (we both run our own businesses).

And so it is that we now find ourselves bursting with positivity, fully-charged and ready for anything. It is safe to say we are not accustomed to feeling quite like this at the end of the school holidays.

Some of this is down to the basics, of course: five days being looked after in a beautiful house and gardens in the Bordeaux sunshine with no kids, thank you universe. But we knew that was coming. What we didn’t expect was to come back feeling completely nurtured from the inside out. And that is entirely down to Desri and Robin Goodwin, their food, company and hospitality, and the conversation and reflection they facilitated. 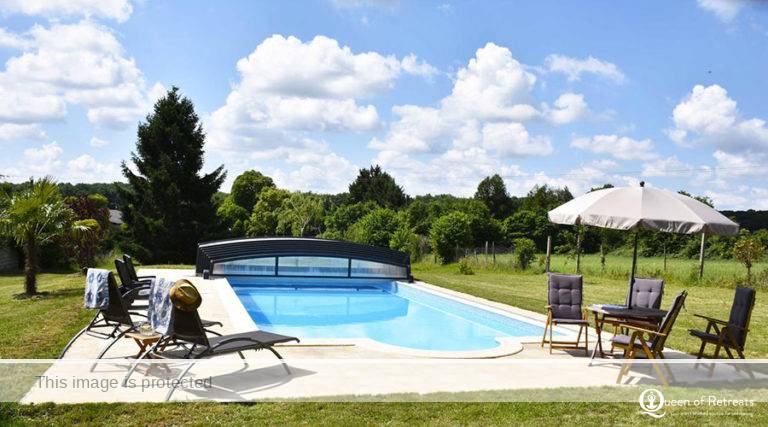 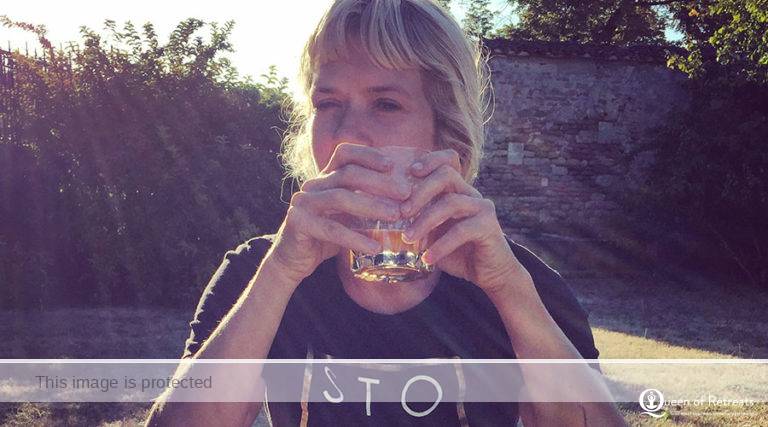 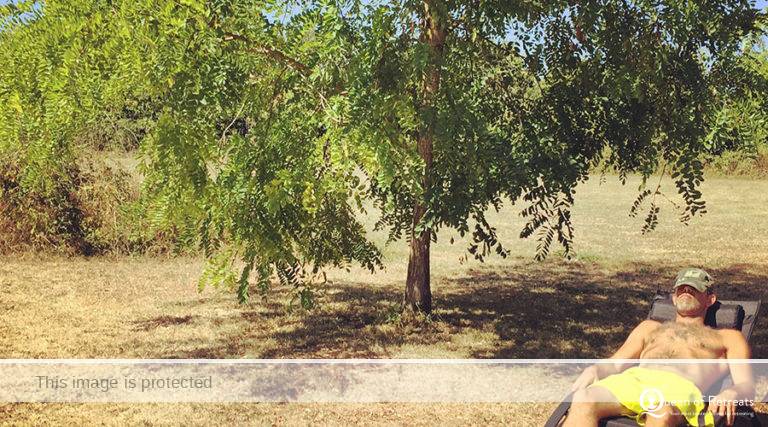 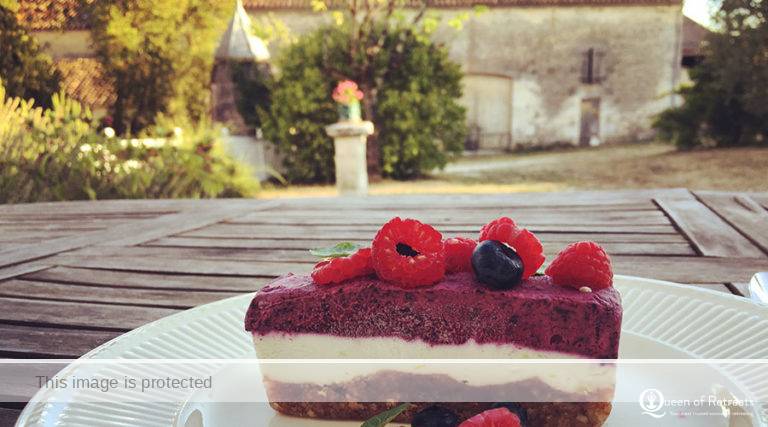 We arrived mid-afternoon and despite the warm exchanges that preceded our arrival, it was still a little disconcerting arriving in someone else’s space, even more so as it heralded what was to be an intimate shared experience with complete strangers. After a brief hello and a quick tour we were given space and time to digest our new surroundings. We took a swim in the pool and had a nose around. The nourishment began with a delicious green juice.

At this point at least of one of us should admit to being slightly concerned about the food situation. The magnificent house included a sizeable kitchen in which there was no food at all, save for a (fine) range of teas and some sparkling water. This was to be a raw organic vegan retreat and as genuinely delicious as the juice had been, and much as we knew Desri could cook, some concerns may have been forming in the subconscious. We try to eat as healthily as we can, but vegans we are not.

What came next blew us away. A mushroom and cognac pâté starter; a lasagna of courgette, tomato, green and red pesto and cashew cream; and a blueberry cheesecake – all of it uncooked yet perfectly formed, all of it with an incredible range and depth of flavor.

This set the tone for four more days in which we would eat a breakfast, lunch and dinner that showcased raw vegan cooking at its very best. Vegetables, fruits, nuts and seeds – much of it from the garden and all of it as local as possible – lovingly crafted and often dehydrated into awe-inspiring crackers and dips, turnip ravioli and (rice-less) truffle risottos, apple crumbles and coconut ice cream. So inspiring that we’ve already bought a dehydrator are now scoping out the ice cream maker.

Having each meal somewhere different – on the terrace, in the garden, under the roof of a converted barn, by the pool – also made us feel like we were eating at a series of private pop-up restaurants, establishments to which you would return time-and-time again if only you could.

‘After our stay we are bursting with positivity, fully-charged, ready for anything and completely nurtured from the inside out. And that is entirely down to Desri and Robin Goodwin, their food, company and hospitality, and the conversation and reflection they facilitated’

We awoke refreshed and already in no doubt that this was going to be amazing. We used the products we had been given upon arrival: tongue scrapers, pulling oil (a teeth and gum cleaning technique) and facial oils. We would later be treated to body scrapers and baths salts, raw papaya face masks and coconut hair treatments – everything made or sourced by Desri. We embraced it all and felt better with every intervention.

After more raw deliciousness Robin and Desri suggested a walk in the woods that border their home. This and subsequent walks, through beautiful forest, vineyards and the occasional sunflower crop was where we really bonded with our hosts, through conversations about our lives, their challenges and rewards. If the first walk was meant to set the tone for some of the treatments we would receive, those that followed provided inspiration and friendship that will outlast our time in France.

We walked a lot in those five days, on our own and with Robin and Desri. We felt the enchantment of the woods, the nobility of the vines, and the humility of the sunflowers. We immersed ourselves in the retreat and relaxed to the point that we would often find ourselves commenting on how nice it was: to have an uninterrupted conversation, not to have to think about preparing the next meal, to be able to process thoughts one-by-one, and to feel ourselves getting stronger each day. 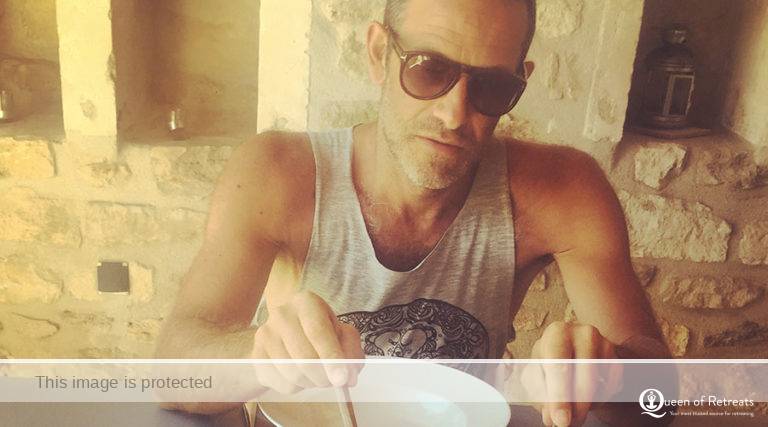 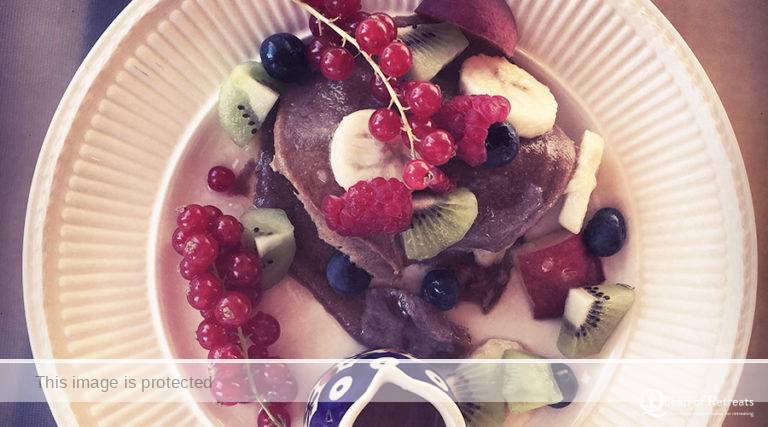 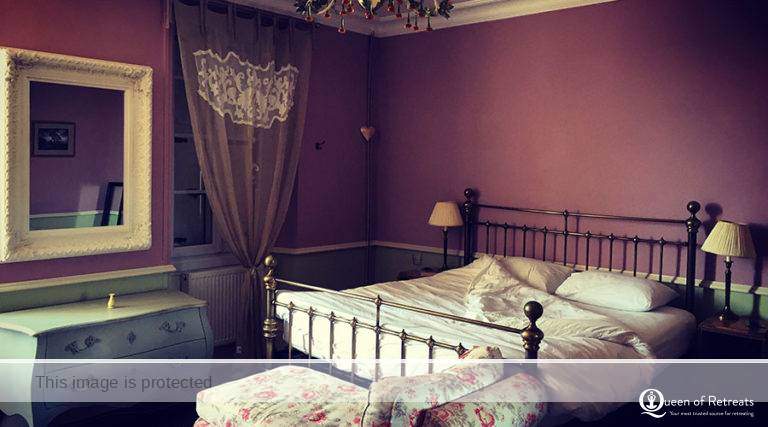 No coffee, no alcohol, no stress, no desire to be anywhere else; just raw food and water. We did our own yoga practice each morning as the sun came up, and despite the perfect pool, swam infrequently. This was another sign of how relaxed we were: we usually feel compelled to overuse whatever facilities are at our disposal.

Perhaps the only interruption to an otherwise linear progression in how well we felt was the first NLP therapy session with Robin, a practitioner of almost 20 years. Neuro-Linguistic Programming was new to us and we experienced it as a means of accessing the subconscious and devising ways to cope better with difficult situations. We both found the introduction to be raw, vivid and at times emotional. But it was in no way upsetting or traumatising, and the only side effects were an early night and a long, deep sleep.

We each had two further sessions. These were light and restorative, with Robin focusing on workable techniques for decision-making and stress relief, among them the ability to retrieve the feeling of intense contentment from a place and time in the subconscious. And that sums-up what we’ll take with us from our experience: an overwhelming feeling that we’re better equipped to deal with whatever the future holds.