Annabel Herrick reviews an Arvon writing retreat at The Hurst in Shropshire, England and finds a rural haven, masterful tutors and a fabulous group dynamic that help her find the story she wants to tell.

I’ve discovered that I feel most satisfied when I return from a trip having learnt something, and driving to The Hurst I was confident I’d sail through my creative writing week. After all, I write for a living so I thought that my experience – churning out tag lines for brands like Bentley, writing city guides for national press and reviewing exhibitions for art magazines – would put me in good stead for a creative writing retreat.

However, my career in writing for commercial gain, in other people’s voices, turned out to be totally irrelevant. Here I was writing for myself, from my experience, which required confronting stories from my past, dragging out emotions and splaying them on a page for a group of strangers to dissect. I had no idea how challenging that would be.

What first struck me about The Hurst was there are no locks on the bedroom doors. A rural retreat in Shropshire, of course security wasn’t an issue, I thought, but now I realise this was just the beginning of the way the historic building, and the staff, encourage people to ‘open up.’ The rooms were small and simple with single beds, a desk and views of the Shropshire Hills. But I quickly realised this isn’t a place for dozing – it’s all about stimulation. Most nights, I’d find it hard to sleep and wake up early at sunrise with ideas popping around my head. Having spoken to others on the retreat, they said they felt the same. 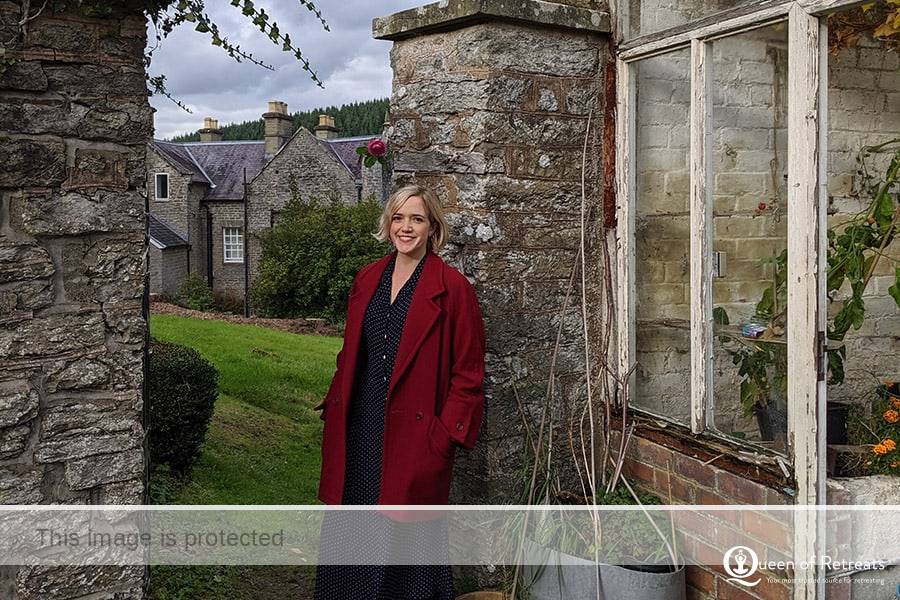 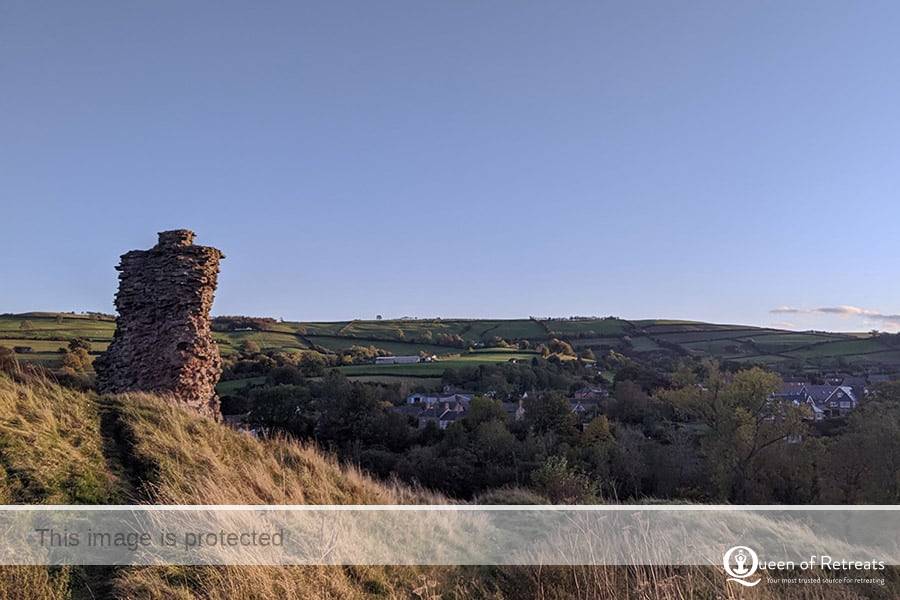 I was in a group of 11, and the youngest participant (at 29 years) by far. The majority were British, with a few non-native English speakers, such as a Danish dad of two and a Paris dwelling Indian woman, both of whom had recently escaped the cooperate world. Like me, there were several who write for a living, whether that’s academic papers or press office materials. There were also some who had been brewing ideas their whole lives, writing on the side of full-time work, now looking to up the momentum to tackle a specific story as careers slowed down. Professions varied, from teachers to psychologists, and ages seemed to fit within the 40 to 60 year-old bracket, but it’s hard to say, because I quickly discovered surface level details aren’t important when you have a deeply personal story to divulge.

Days on my Hurst 5-day retreat started with a communal breakfast, where we helped ourselves and washed up, then we joined the group for two morning workshops. Tutors change for each retreat but we were lucky enough to have a real dichotomy: a 64 year-old Jamaican/Chinese novelist, Kerry Young, and a 33 year-old Congolese poet and writer from London, JJ Bola. I had assumed a writing retreat would only consist of readings, homework and solo writing exercises. What I hadn’t expected was the yogic elements that were brought into every group session, taking them from sterile, scholarly lessons to something far more meaningful.

‘I had assumed a writing retreat would only consist of readings, homework and solo writing exercises. What I hadn’t expected was the yogic elements that were brought into every group session, taking them from sterile, scholarly lessons to something far more meaningful’

A practicing Buddhist, Kerry opened each workshop with a meditation and song, whilst JJ would champion self-care rituals. Even though such ‘woo-woo’ sermons would seem better aligned with a yoga retreat, it felt natural, weaved in by these two tutors, who seemed wholly authentic. Afternoons were free, other than pre-scheduled 30 minute tutorials (one with each tutor), and I could spot members of the group around the communal living areas, either reading, writing or heading out on a walk to Clun (45 minutes away). We’d chat, make teas for each other, but the atmosphere was generally calm and contemplative; quiet yet united in focus.

Paying for a holiday to be presented with a pile of washing up would perhaps irk some retreat goers, but this activity really helped build connections within the group. Everyone contributed; small groups would cook one night (following recipes that were supplied by The Hurst), and wash up another. A few of us quipped that we couldn’t understand why The Hurst hadn’t invested in a dishwasher. I believe this was deliberate; to form bonds, offer opportunities for reflection and brainwaves which often hit during mundane tasks, and allow the routine of home to help us feel more comfortable in an unfamiliar environment. The food itself was hearty, varied yet familiar, including: jacket potatoes; butternut squash risotto; bangers and mash; and apple crumble. In an atmosphere that felt like any British family kitchen, every plate was licked clean after a day of writing and walking.

Over the week, there were times I felt disheartened and muddled, but having decided to embark on a short story about modern fatherhood, I found the course became easier once I had a clear goal. I often felt overwhelmed with the ’rules’ of creative writing, but Kerry explained this ‘toolkit’ was a gift to be whipped out in the future when needed, while JJ was quick to ease any anxieties shared by a group member by offering his own experiences and moments of self-doubt. After speaking to others, I discovered we all suffered moments of doubt, and yet, on the final night, the insecurities were brushed aside as we took a collective deep breath to read our creations out-loud. 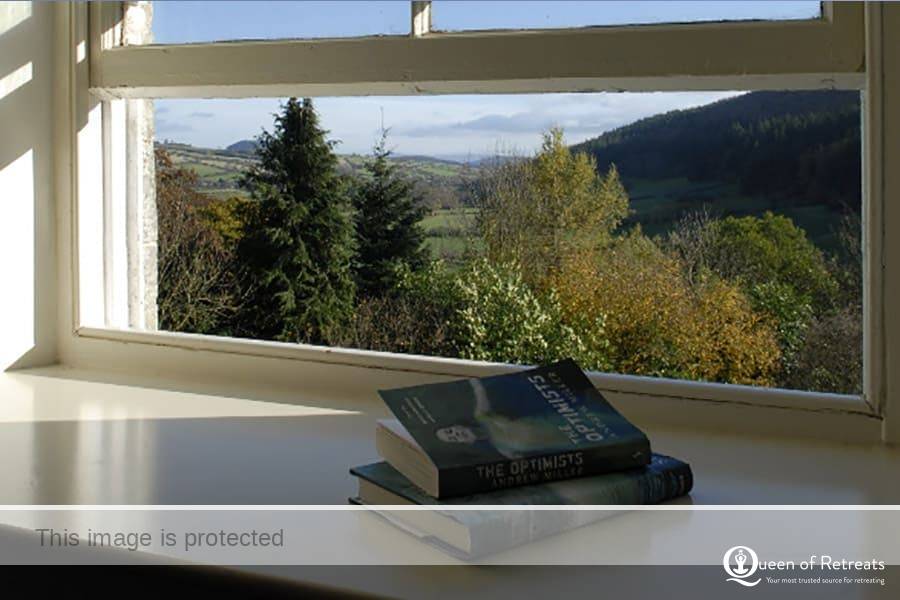 Slumped on sofas under dimmed lights, the whole room was totally silent as 11 of us took turns; one-by-one ripping down the barrier we’d built up during those initial Monday introductions. Whether it was poems about midlife depression or the excruciating pain of love, short stories about fertility or mysterious teenage deaths, ‘heartfelt’ just doesn’t cut it. After the Friday night readings, ironically, I was totally lost for words.

Once the retreat finished, I felt determined to bring the calm of The Hurst back home to London. I’ve joined a local library to avoid wifi and just write for the sake of writing. I’ve also researched deadlines for short story competitions in 2020 so I can keep the momentum up and give myself goals to work towards. The experience has helped me differentiate between writing for work and writing for me. Whether or not my scribbles get published is beside the point – it’s about the process, not the outcome, which is an entirely new concept for me.