Re-Imagining Self with Advivum Journeys in Hawaii

On the friendly Hawai’ian isle of Molokai, Niki Natarajan reviews Advivum Journeys’ transformational retreat where through hula, candid portraits and life coaching, her Re-Imagined Self is ready to rock the second act.

High on a cocktail of jetlag and the intoxicating peachy-vanilla fragrance of the white plumeria lei adorning my neck, it took more than a few pinch-me moments to register that I had finally reached my Pacific island destination. A women-only retreat on the ‘friendly isle’ of Molokai, a gift to my future self.

I’m a glass always full type of person (air counts). But the last few years have been an irrational (admittedly in part hormone-related) maelstrom of emotions. So, before my 50th birthday, exhausted by a lifetime of socially acceptable addictions of attempted perfectionism, rampant workaholism and putting everyone’s needs before my own, I decided to draw a line in the proverbial sand.

Done with the spiritual gobbledygook espoused at cult-like ‘healing’ retreats and having already traveled to half the UNESCO World Heritage sites, I was at a loss at how to mark this self-imposed turning point. That was until The Re-Imagined Self retreat came to my attention.

Tickled by the idea of using the hashtag #Hawaii50 and with the theme tune of the 1968 series in my head, I pressed send to the sign me up email. Learning to hula, seeing myself through the lens of an award-winning National Geographic photographer and life coaching in the sunshine sounded like the perfect gateway to my next decade.

Suspicious that it is nigh on impossible to guarantee sustainable transformation in a week-long retreat, I was delighted when Tania Carrière, the ebullient Canadian founder of Advivum Journeys, wanted to interview me, citing the importance of group chemistry for maximum effectiveness. 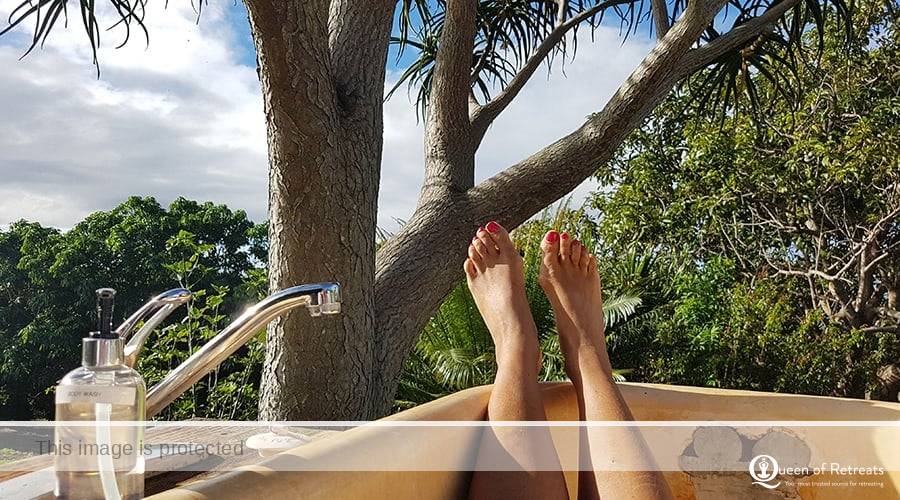 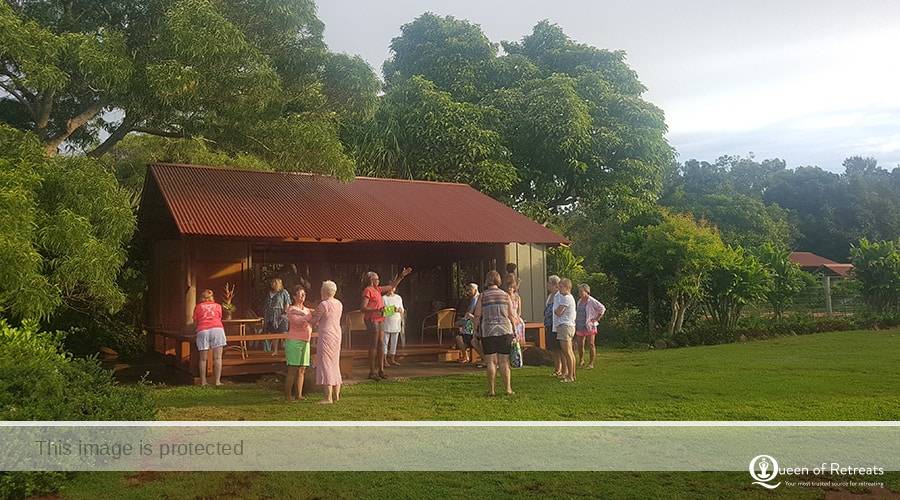 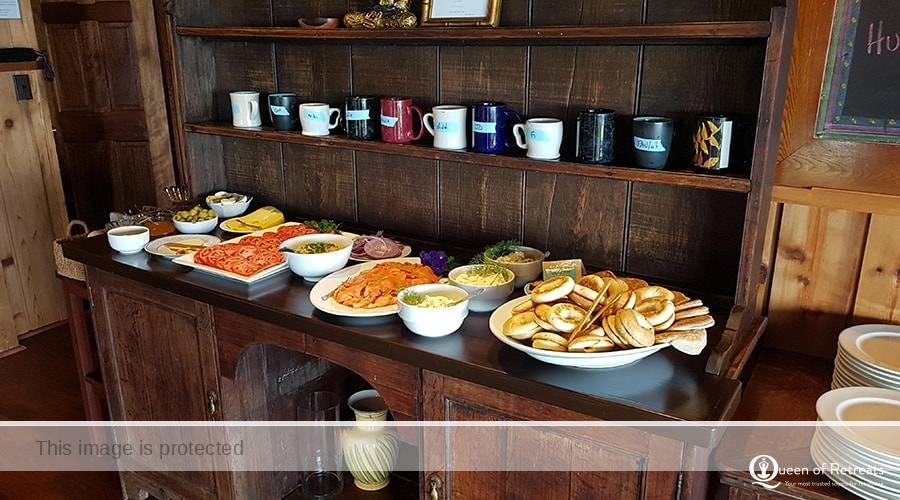 Tania’s soul-stirring, seed-planting process started months before we landed on the Hawai’ian island. Four online workbooks filled with contemplation exercises, inspirational blogs and videos were interwoven to kickstart a transformation that works in much the same way as the irritant that creates the pearl in an oyster.

By the time we stood barefoot in a circle on the lawn of the Hui Ho’olana on the first night, it was clear that all 15 of us shared a common desire to redefine and reclaim ourselves to embrace life with renewed joie de vivre. And from the moment I entered my forest-ensconced cabin, greeted by a thoughtful handwritten card, I felt safe enough to relinquish control.

One of the few rules was to avoid discussing our back stories—retirement, menopause, redundancy, empty nest syndrome or even what we did for a living—as we got to know each other. A herculean task for a compulsively curious, former investigative journalist that loves storytelling, but a genius hack that allowed us to begin living as our Re-Imagined Self from the minute we arrived.

‘Before my 50th birthday, exhausted by a lifetime of socially acceptable addictions of attempted perfectionism, rampant workaholism and putting everyone’s needs before my own, I decide to draw a line in the proverbial sand’

Perhaps due to the 11-hour time difference, my habitual ‘only coffee in the morning’ turned into a full on When Harry met Sally rendition as I savoured everything at the breakfast bar. I’ve never been described as a foodie, but on this trip a Pavlovian response was triggered with every mealtime gong.

The Spirit of Food, title of the Hui Ho’olana cookbook that now sits inspirationally on my kitchen counter, was also the ethos of the al fresco meals eaten family-style on the lanai. From hot and sour soup to lemon garlic chicken, a global menu with distinctly local flavours always accompanied by homegrown salads elegantly accessorised with edible flowers.

Breakfast segued effortlessly into the morning ritual: standing in a circle swiping left to read a stanza from The Invitation by Oriah Mountain Dreaming. Each day synchronicity dictated our passage and each day someone’s tears would inevitably roll as compassion replaced varying levels of personal grief.

“I want to know if you have touched the centre of your own sorrow, if you have been opened by life’s betrayals or have become shrivelled and closed from fear of further pain”. This had my name on it. But instead of tears, I smiled knowingly. I was heading in the right direction.

Sandwiched between the sunrise over Kalaupapa Bay and sunset on Papahaku Beach; seasoned with dips in the pool and open-air soaks in the vintage tubs, we shed the layers, in my case fear, that no longer served us, guided by Tania and supported by fellow life coaches Fi MacMillan and Lisa Weiss. 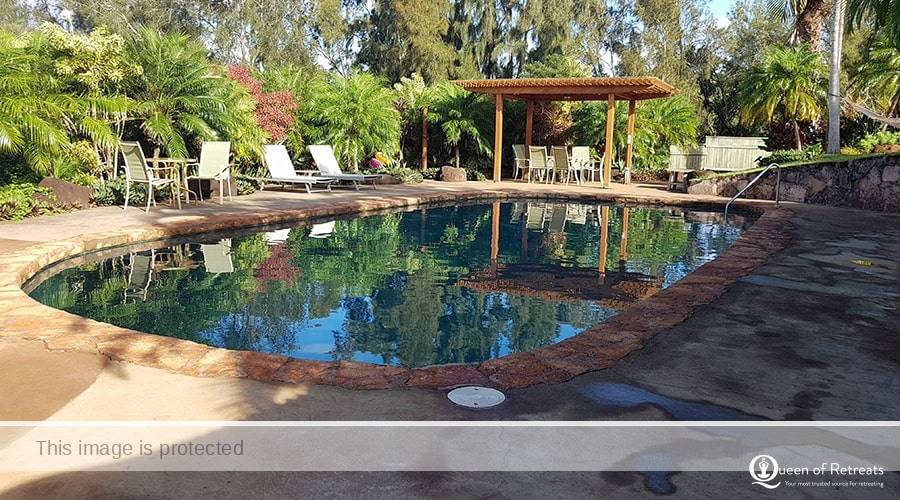 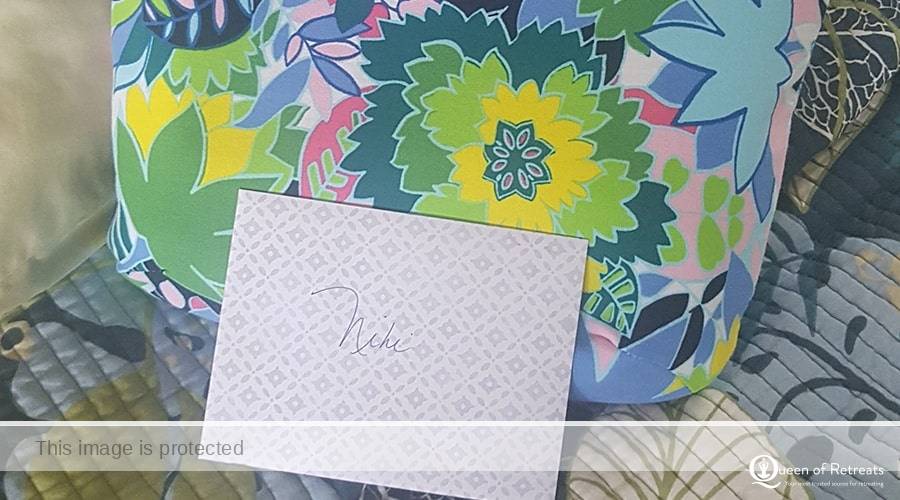 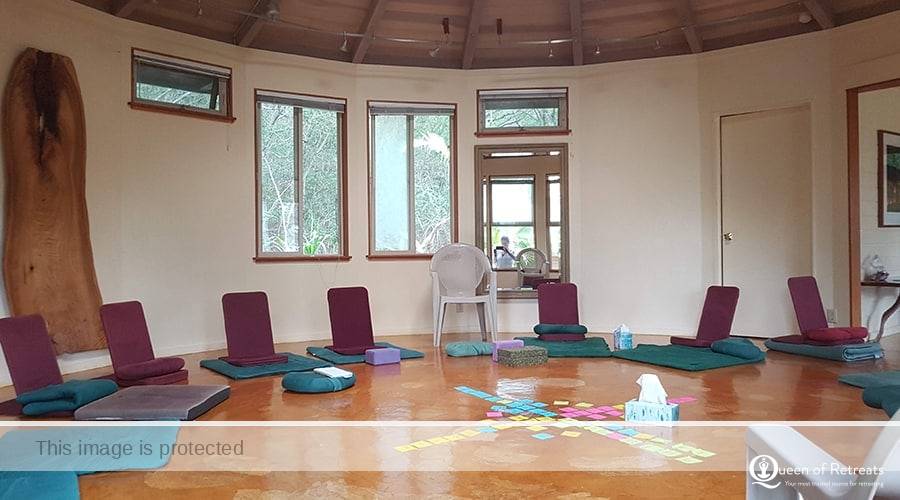 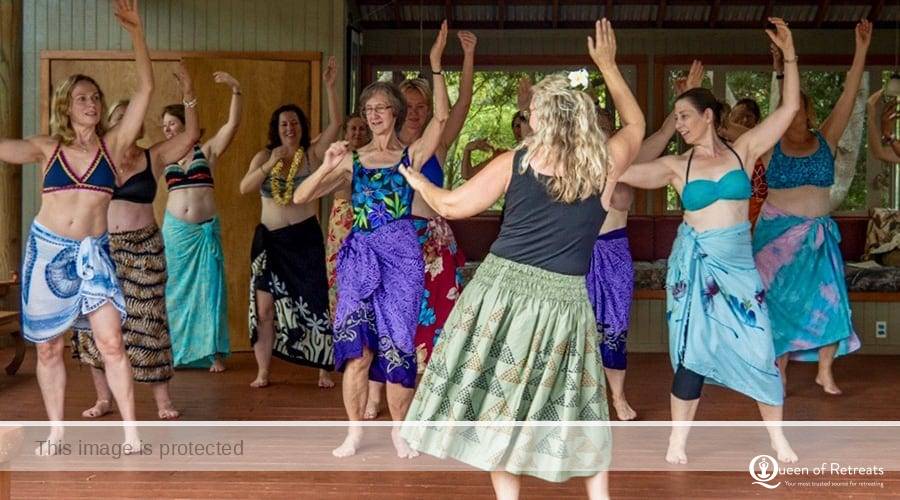 Emotionally intense mornings triggered shifts ranging from the almost imperceptible to the seismic; while wrapped in brightly coloured pareos, afternoons were ostensibly to learn the hula. Our time with Lynette Sheppard, author of Becoming a Menopause Goddess, however, was really an exploration of life’s hidden meanings. It crossed my mind that teaching an octopus to march would have been easier than trying to tame my flailing arms and two left feet, but our attempts regularly gave rise to uncontrollable giggles that became the bedrock of our sisterhood.

A tomboy at heart, the term goddess and I have a tricky mother-in-law like relationship, but I loved how Tania re-imagined the neopagan concept, jettisoning the notion that the female aging cycle is a linear process where we have to accept the death of one stage to move onto the next. No wonder women refuse to embrace aging and cling on to the Maiden.

In Hawaii, ‘auntie’ is a badge of honour reserved for 60+ year old women. Having rebranded Crone as the Wise Woman—Google ‘Helen Mirren made me do it’ to see what I mean—and turned Mother to Creator to include those of us who have not had that chance, Tania suggested that all three women are present throughout our lives.

With journaling and photography key to Tania’s process, I was almost in my element. Distracted only by the ticking of my analogue alarm, I fell back in love with my own company, spending many spare moments writing at my retro forest-facing desk. But as a photographer, not often the subject of a photo, learning to ‘love’ my raw image was the challenge.

After a week of being snapped by Dewitt Jones, we all started being less critical of our photos and, eventually of ourselves. As I boarded the Cessna to head home, my remaining fear was that familiar routines, patterns and interactions would erase my Re-Imagined Self faster than my tan would fade.

A month on, the serenity still resides. To re-connect to the magic of Molokai I look at Dewitt’s photos and honour the authentic and yes, grey haired, ‘aunty’ that I am. Championed by my Re-imagined Self, I feel ready to launch my own blog on living a creative life. If not now, when?