Delving deep at A Place to Heal holistic clinic in London

Rosie Walford reviews Fiona Arrigo’s A Place To Heal holistic clinic in Notting Hill and finds the archetypal ancient spirit of sisterhood well and truly alive and well in a west London salon.

I happened upon A Place to Heal in Notting Hill at my first time of major upset in my life – facing sudden betrayal by my life partner and the almost simultaneous evaporation of my business partner. In an elegant room of ecru linen and brass lanterns, I dropped myself down, jangled, on a generous sofa in front of founder Fiona Arrigo. All I wanted was to be put back together, and fast.

Fiona listened carefully, and quickly located my symptoms – no sleep, lost appetite – in the realm of shock and grief, held in the nervous system. Kindly but firmly she explained that grief in midlife could be ‘the work of the soul’: value would not be found in coping and carrying on. Instead, this overwhelming crisis was a chance to heal incomplete wounds from early life. A sense of being broken was thus reframed into a promise of journeying deep. 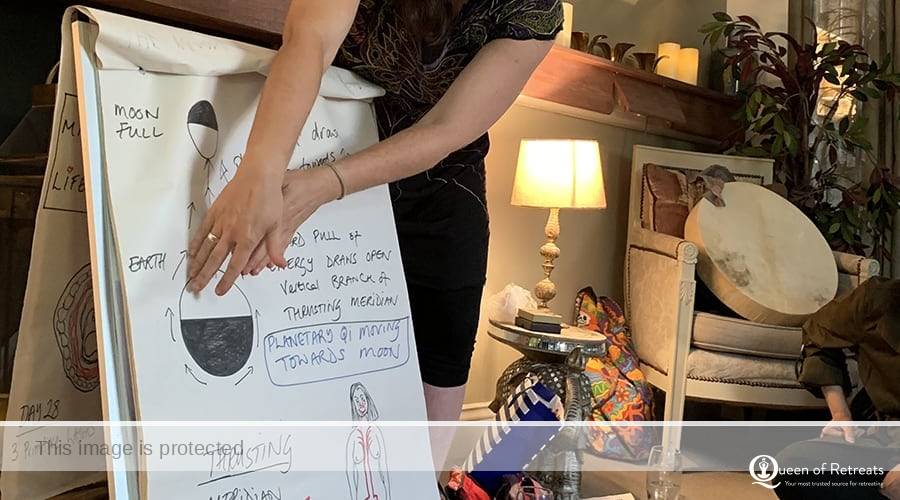 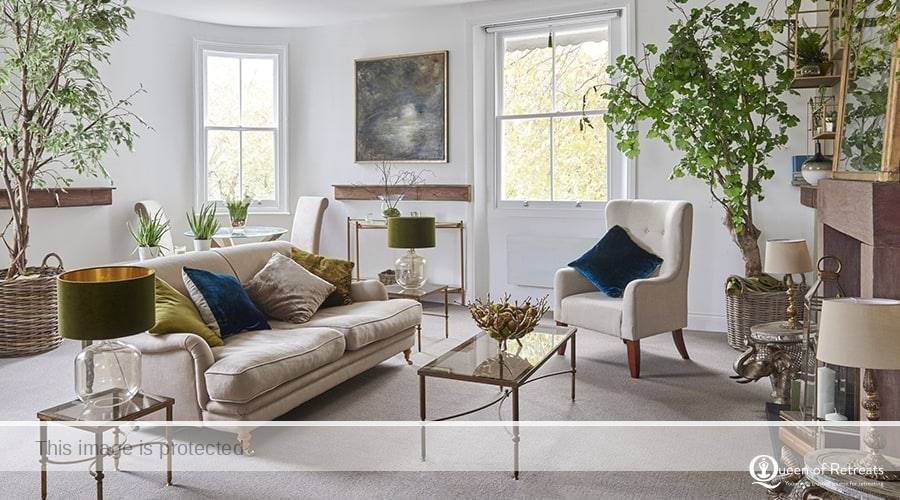 Through caring but no-nonsense questioning, she helped me accept the finality of my relationship, without denying the love that was formerly there. No friend, however patient, had got my thinking this far.   With un-therapist-like candour, she spoke of her own period of dissolution, and promised me that I would emerge both stronger and wiser. She brought such coherence and authority to this view that it seemed reassuring rather than magical. I left feeling understood and hopeful for the first time in months.

On Fiona’s advice, I met next with Lasare, Energy Alignment coach. Lasare questioned me with such warmth and sensitivity that I could name troubling themes of shame and lost faith. We spotted patterns of dependency that I’d played out for decades. And soon we were on our feet, using kinesiology to pinpoint underlying unhelpful beliefs. She guided me, like a wedding celebrant, to repeat some tailored invocations after her. These statements were uncannily relevant and it stirred me deeply to vocalise them. A cascade of insight followed – layers of unhelpful patterning from childhood being raised for examination, and then surprisingly, released by speaking other heartfelt invocations. My inner sceptic complained that it was too new age to think that a single session could rewire a lifetime’s beliefs….but remarkably, this work did shake forth some brand new understandings and a strong felt sense of possible freedom.

‘In an elegant room, through caring but no-nonsense questioning, Fiona helped me accept the finality of my relationship, without denying the love that was formerly there. No friend, however patient, had got my thinking this far’

Next visit, I found myself on the sofa again, experimenting with biodynamic medicine. After a bedazzling account of the theory, I was impatient to move on. If the explanation was strange, this treatment seemed stranger still. I lay on a massage table. A stethoscope pressed against my gut was relaying loud trickles, metallic scrunching sounds, even some abrupt bangs. The therapist took these sounds as ‘guidance towards cosmic energy releases in places of psychological repression’ and massaged accordingly. I did gradually feel some connection to a softer, more essential self – but this didn’t last long once I left the clinic. It was perhaps not the best modality for me – and indeed it wasn’t one ‘prescribed’ by Fiona.

Curious about the clinic’s largely free evening programme, one night I joined a wonderfully simple, secular mindfulness night. On another night I joined The Red Tent. This women-only gathering attracted an unlikely mix– a consumptive young woman, ladies of leisure, non profit managers, an asian professional, a tourist. The classical furniture had been replaced by a huge red circle of felt on the floor, Amanda, an acupuncturist now acting as shamanic guide, had laid out bowls of herbs, flowers, cedar chunks, strawberries and corn.

Each element had symbolic significance. There was an interesting talk covering moon cycles, chi, solstices, then shamanic drumming, crafting with the materials, and the sharing of very personal stories. With the varied voices and busy hands, I was surprised to feel the archetypal ancient spirit of sisterhood here in a west London salon, and it rivalled that round any camp fire. 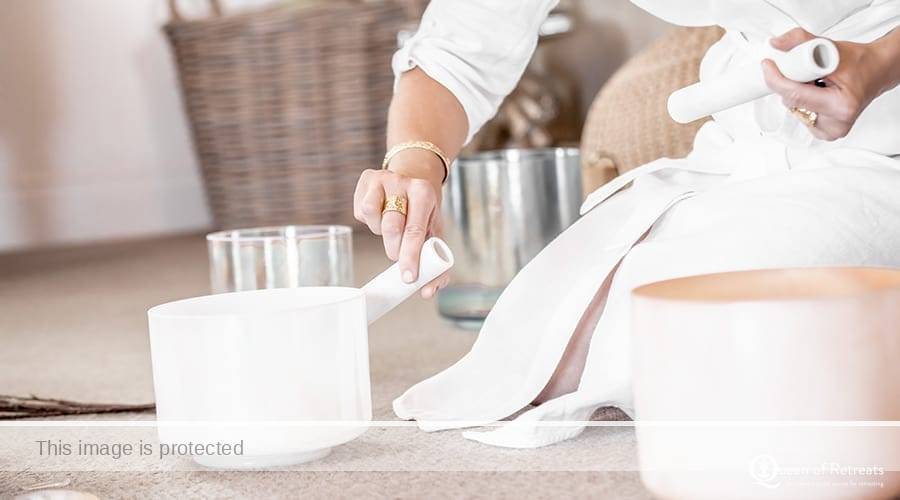 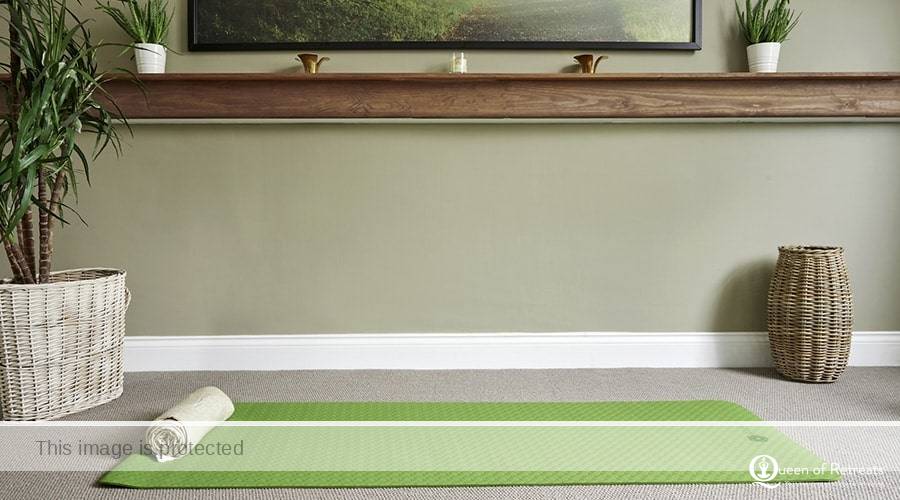 Continuing my journey, I embarked on Transformational Breath work with Julie. Whilst the controlled heavy breathing felt awkward, I’m glad I did it. These sessions took me directly to forgotten but formative memories from young childhood. Held in a safe and loving way by Julie Ann, I came to feel again the longlasting emotional impact of an early loss – and recognised how it was being echoed now in my break-up and career separation. This awareness has undoubtedly lessened the power of my early trauma to distort my adult reactions, or interfere with healthy adult relationships. Truths like these are priceless, and can only be uncovered in skilled, safe hands.

And so, by the time I returned a month later to see Fiona again, my grief was not over, but I had come to be really grateful for the journey it had set me on. The practitioners I’d worked with were fearless originals who I’d never have suspected I needed. Their work didn’t always sound rational, but it certainly brought me to some transformative shifts that years of conventional therapy might never have uncovered.. All without leaving London life.